A rally will be waiting for B.C.’s Premier when Prince George hosts Natural Resources Forum

Annual conference to be met by truck convoy in front of Civic Centre next week
Jan 20, 2020 4:23 PM By: Kyle Balzer 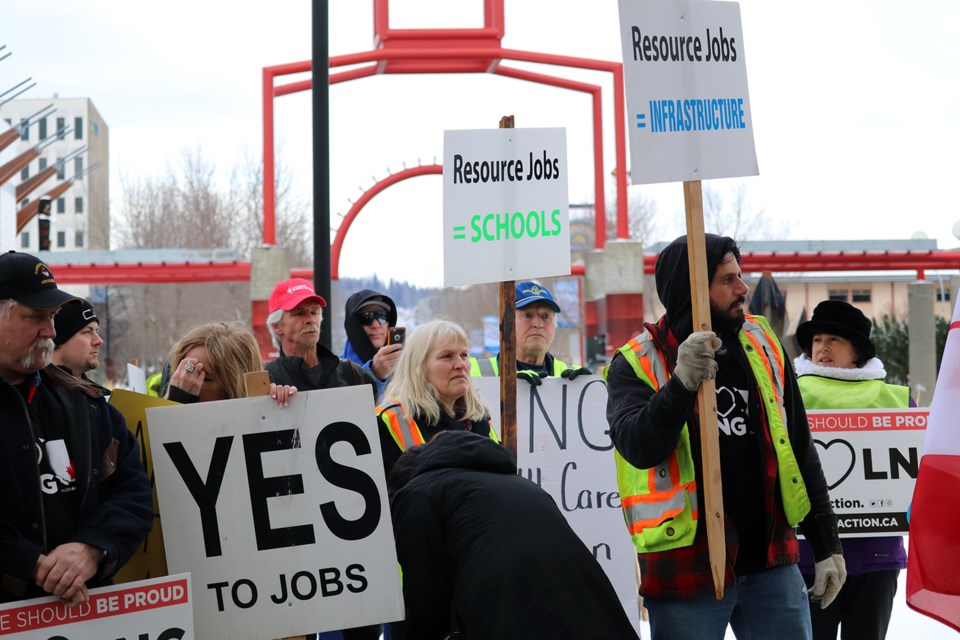 Natural resource sector supporters came out to the Prince George Civic Centre to voice their support for workers. (via Jessica Fedigan)

For a second straight year, resource workers are set to reunite in Prince George to stand for jobs and the future of industry in B.C.

On the day Premier John Horgan is scheduled to give the keynote speech at the 2020 BC Natural Resources Forum, dozens of people are expected to rally in front of the Prince George Civic Centre.

The gathering is slated to start at 10 a.m. on Wednesday, Jan. 29, from the Boundary Road and Highway 16 intersection when a convoy of trucks will begin to roll-up to Canada Games Plaza.

At 11:30, several speakers are expected to take the microphone at the rally.

The North Matters and Resource Workers United are the organizers of the event, which stand in favour of resource development in northern B.C. and “amplifying grassroots citizen voices.”

More than 50 people came to support the 2019 rally, including Chair of The North Matters, David Johnston, who spoke about what the group represents.

"We have a lot of support across the province with this group," he said.

"For resource workers and their families and this is a testament to it: today we had probably 50 to 100 trucks drive through town showing support."

Prince George federal MPs Todd Doherty and Bob Zimmer made an appearance to speak with rally-goers.

- with files from Jess Fedigan, PrinceGeorgeMatters

Prince George truck rally to show support for resource communities across northern B.C.
Jan 22, 2019 5:35 PM
Comments
We welcome your feedback and encourage you to share your thoughts. We ask that you be respectful of others and their points of view, refrain from personal attacks and stay on topic. To learn about our commenting policies and how we moderate, please read our Community Guidelines.