Andrew Wilkinson steps down early as BC Liberal leader 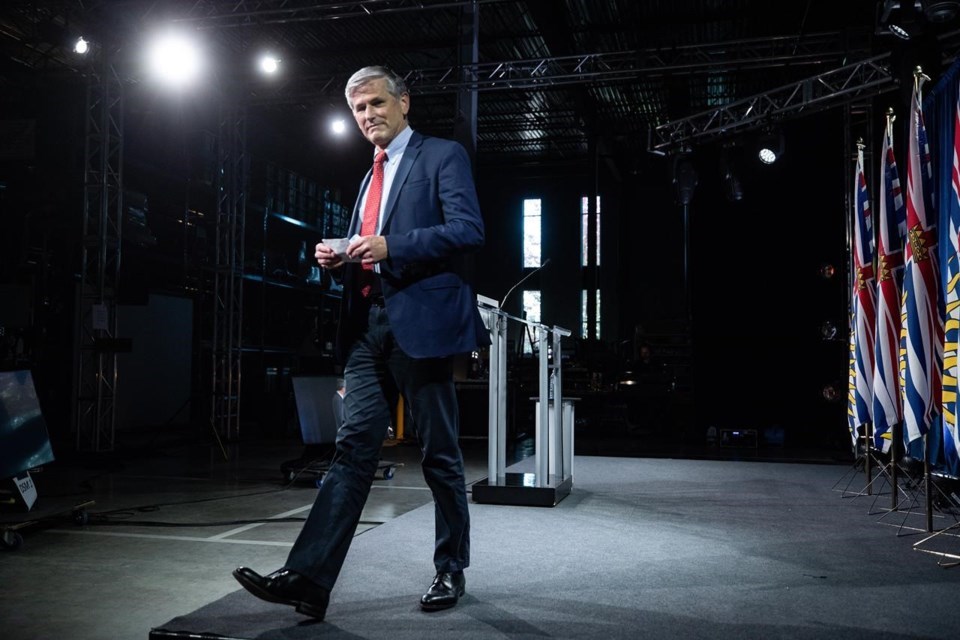 Andrew Wilkinson has stepped down early as leader of the BC Liberal Party. (via THE CANADIAN PRESS)

Almost a month after B.C.'s 2020 election, that saw the NDP form a majority government with a decisive win, BC Liberal leader Andrew Wilkinson has announced he is stepping down as leader immediately.

When all the ballots were counted, the BC Liberals were left with 28 seats in the Legislature to the NDP's 57. With the crushing defeat, Wilkinson announced he would step down as leader of the party once a new leader had been chosen.

But in a Facebook post Saturday morning, Wilkinson said he will now step down as leader, making way for a new interim leader instead.

“It is now time for me to leave the role of Opposition Leader, as the voters of British Columbia have made their preference clear,” Wilkinson said. “In doing so, I welcome the selection of an interim leader from our caucus and will fully support her or him as our caucus prepares to act as the Official Opposition once again.

“Our party, the interim leader, and our members have a lot of work to do. We need to rebuild and renew – and that starts with tough conversations and sincere reflections. I know I’ve had many of those myself in recent weeks and I know there are many more to come for all of us as we work toward a leadership race that will define our new leader, and our positions and profile heading into the next election.”

It's unclear when a new interim leader will be chosen, or when the party will hold a vote for new leadership.

It appears that Wilkinson plans on staying on as MLA for the Vancouver-Quilchena riding. His full statement can be found here.