Another 1-2 road record for the Prince George Spruce Kings 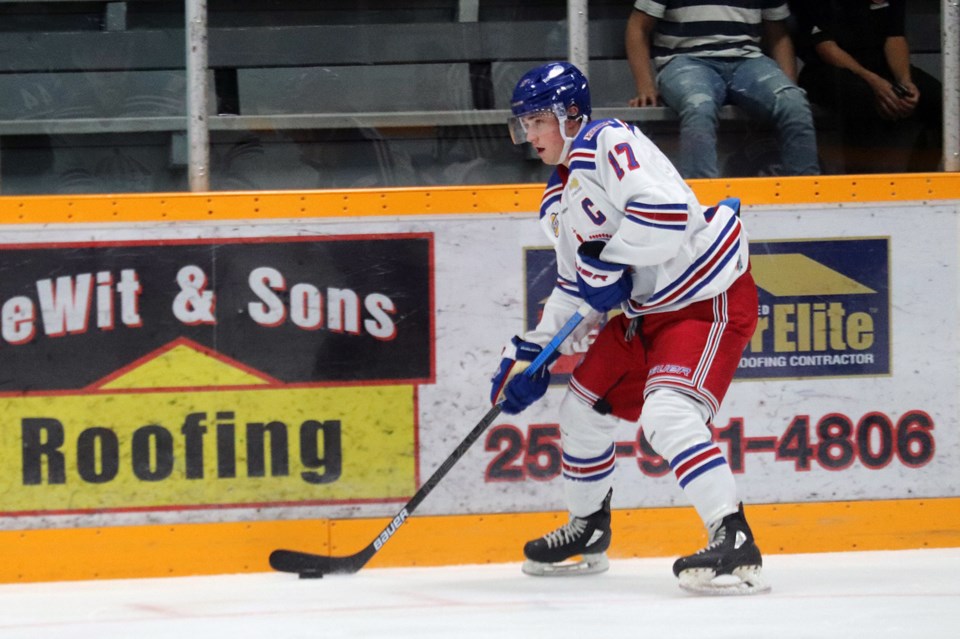 The defending B.C. Hockey League (BCHL) champions endured their second three-game road trip of the season and the results were the same as the last.

The Prince George Spruce Kings finished with a record of 1-2 on the Island Division swing, mustering a 2-1 win in Victoria on Saturday (Oct. 26) after a loss in Powell River the night before and ended yesterday afternoon (Oct. 27) with a 6-1 decision to Cowichan Valley.

Goaltender Jett Alexander got the win in Victoria over the Grizzlies, his sixth of the season, by turning away 37 of 38 shots.

Back-up Jack McGovern was credited with the loss on Sunday to the Capitals, but was replaced by Alexander in the latter-half of the second period after letting in six goals on 18 shots.

Poisson opened the scoring in Powell River and in Victoria, the second and third straight games he’s done and the left-winger continues to lead Prince George with 21 points on the year thus far (six goals, 15 assists).

All the ‘Kings goals were scored in regulation time, but also had eight power-play opportunities this weekend; they were a strong 75 per cent on special teams in those three games, letting in two goals on eight penalty kills.

Prince George’s record stands at 6-9-2-1 for fourth place in the Mainland Division.

The Spruce Kings return to their kingdom this Friday (Nov. 1) and Saturday (Nov. 2) for meetings against the Langley Rivermen, who are just one point ahead of them in the standings.

Puck drop both nights is 7 p.m. at the Rolling Mix Concrete Arena (RMCA).

Second Western Hockey League player joining Prince George Spruce Kings
Oct 22, 2019 4:20 PM
Comments
We welcome your feedback and encourage you to share your thoughts. We ask that you be respectful of others and their points of view, refrain from personal attacks and stay on topic. To learn about our commenting policies and how we moderate, please read our Community Guidelines.