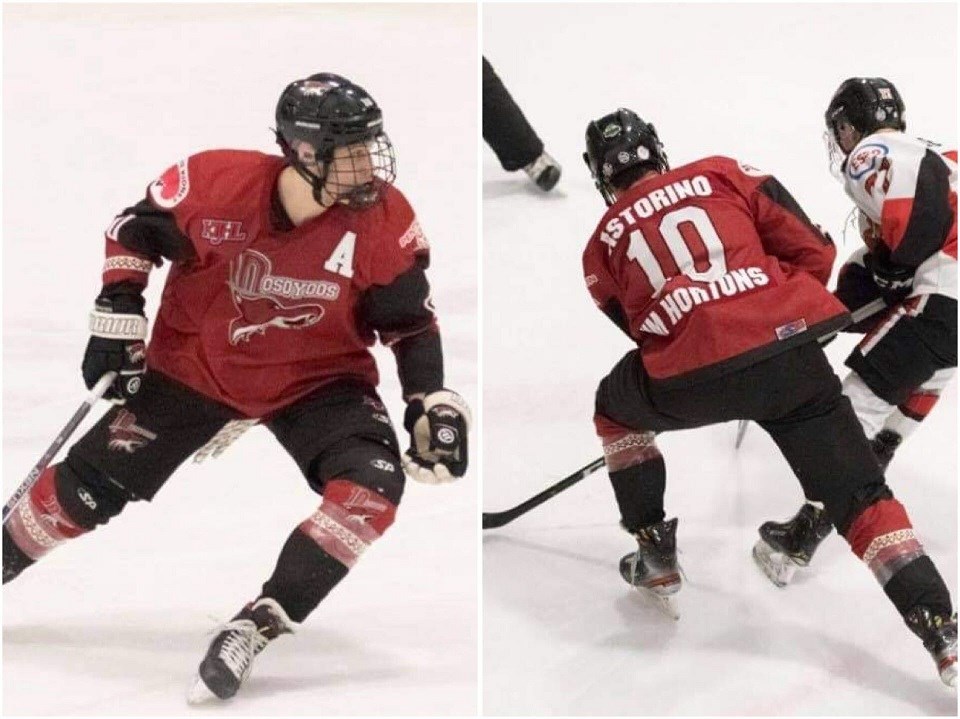 Prince George's Blake Astorino, seen here as a member of the Osoyoos Coyotes, has signed with the BCHL's Merritt Centennials for 2020-21. (via Submitted)

It appears Merritt has a thing for Prince George and northern B.C. hockey players.

On Saturday (Sept. 12), Blake Astorino became the second northern-capital born-and-raised athlete to be recruited by the Centennials for the BCHL’s 2020-21 season, which, regardless of the state of COVID-19, is set to start Dec. 1.

The soon-to-be 19-year-old left-winger is making the move to junior ‘A’ after spending the last two years at the ‘B’ level with the Osoyoos Coyotes in the Kootenay International Junior Hockey League (KIJHL).

Centennials’ Assistant Coach Levi Stuart says he's known for his head-nose play and isn't afraid to get down and dirty, as proven by his combined 270 penalty minutes while on the Coyotes.

“Blake is as character as they come, he will play through pain and faces all of his adversities head on,” said Stuart.

“His work ethic is top notch and his leadership abilities make him a perfect fit with our group. He is a big body who is extremely hard to play against, physically punishing and has the skating and shot to go along with it.”

Last year, while serving as an alternate captain, Astorino recorded 37 points in 49 regular-season games including 14 goals and 23 assists.

His KIJHL career consisted of 93 games, combining for 21 goals and 53 points.

Astorino is taking the ice today (Sept. 14) as part of Merritt’s continued training camps while COVID-19 remains in play.

He’s joining four other players on the Cents next year with a Prince George connection in Alex Ochitwa, Hunter Brown and Colton Phillips-Watts.

The BCHL announced Friday (Sept. 11) it plans to go through with the 2020-21 season after announcing a back-up plan should the provincial health office reject its initial request.

Cariboo Cougars’ Alex Ochitwa jumps to Junior ‘A’ by committing to Merritt Centennials
Mar 27, 2020 6:35 AM