'Are you uncomfortable yet?': Prince George woman shares experiences of being black 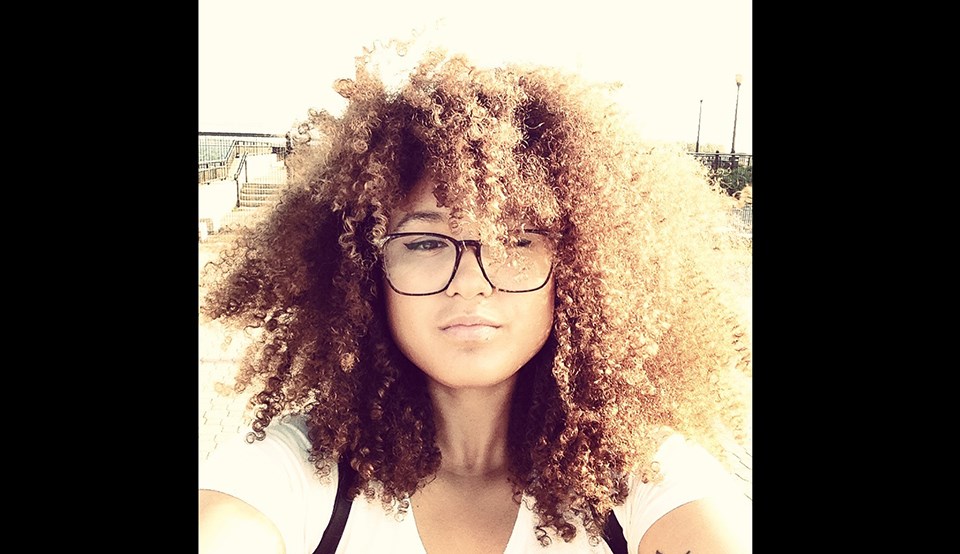 Soili Smith is a PhD student in American Studies at Rutgers University in New Jersey, but frequents back to her hometown of Prince George to visit family and friends. (via Submitted)

The following column was submitted to PrinceGeorgeMatters from Soili Smith, a black woman born and raised in Prince George, an alum of UNBC and currently a PhD student in American Studies at Rutgers University.

I am from Prince George, the traditional territory of the Lheidli T’enneh First Nation. I went to high school at PGSS, and I played five years of basketball for UNBC.

I’ve since moved around quite a bit, including stints in Langley, Montreal, and currently, Newark, New Jersey.

Throughout though, I’ve always been a hometown girl, returning every summer for the last 15 years to work for a tree planting company, to celebrate holidays to visit with family and friends. I watch livestreams of my Timberwolves and cheer from afar. I follow local news.

I write this now from my mother’s basement in the Hart Highlands. I’ve left, but never really left. I’m a student, teacher and writer, and no matter where I reside for the bulk of the year, my heart and imagination have stayed in northern B.C.

The constraints and the stakes of being a racialized minority in capitalist North America and other parts of the world end up bearing out in very similar ways. WEB Dubois coined the term “double consciousness”, meaning that state of being a racialized other forced to constantly consider themselves through the eyes of the dominant culture.

We see this in the reporting and discussions of the global protests happening right now. Be careful, we tell each other out there, because the unfortunate state of being a racialized minority is that you know you represent everyone else who looks like you.

I have white relatives and friends, but when they drink, they don’t worry that they’re contributing to stereotypes about white drunks, not the way my Indigenous friends and relatives do.

Someone is unjustly murdered, for what feels like and quite literally is the millionth time, and we are angry but shouldn’t appear angry. Because the dominant cultural narrative says black, Indigenous and other marginalized people are angry, violent, lazy, thuggish.

So you work harder, get maybe four or five degrees, learn to articulate yourself, and it will never be enough. Your neighbours call the cops on you when your parents are away, claiming they saw a black person breaking into the house next door, to 'teach you a lesson.' The cops come in and bully you. Prove you live here, they’ll say, you don’t look like you live here (Why not? What do people who live here look like?). You’re turned away from a bank at Pine Centre Mall after several managers ask you where you were born (Vancouver, you’ll tell them, why?). Your boss will ask you to try not to hire so many Africans (Why? What’s wrong with Africans?). Your friends, their parents and more authority figures than you can count will make endless jokes at your expense, about your hair and your skin, can you rap, can you dance (no, but I can drive an ATV through just about anything. You know this. You must know me by now. Please.).

The pinch of it all is that you better laugh at these jokes, you better participate in your own denigration, because whether you’re in Newark, or Montreal, or Prince George, there are consequences to not abiding by the established order.

“You don’t want to be one of those people, Soili, the one who makes us feel uncomfortable.”

And, what compounds it all, is that the girl in the hallway at the university is not the first person to grab your hair without permission or even a warning today, she is the 10th.

You have heard the joke connecting your name to your skin colour more times than you can count. The cop two blocks down already searched you today, already demanded your ID. And if your anger surprises them, it is because they have failed to consider that you are a person who is carrying your whole typhoon of a life around with you at all times. Their individual actions contribute to a larger series of actions that exhaust and frustrate all of us, that work to deny us not just opportunity, but basic ritual and rights. I

for one would like to get a bagel and a coffee at 6 a.m. without being confronted by a middle-aged man who thinks I need a lecture on lives that matter, especially when one of the lives in question is my own.

Yes, black lives matter. Yes, my life matters. I’d rather not be forced to debate that daily if at all. I want to have the place I claim as home claim me back with their actions and not just their words.

So where does this leave us, Prince George?

As we work to understand those who are angry and tired and in the way of the status quo, what do we do with the traffic stoppages over pipelines and those rioting for justice in the street?

Do we reexamine our institutions, their value and their harm? Or, do we uphold these oppressive, profit-driven pillars? Do we continue to blame the peasants for their inconvenient behaviour while defending the actions of a mad king?

Though what I have largely outlined here is a set of personal experiences, this conversation is not about individuals.

It is about systems and institutions that many, if not all of us, participate in and must actively work to revolutionize. I use this word rather than “reform” because some things are broken beyond repair, they are broken fundamentally, inherently, and for society to be productive and safe for everyone, not just a designated few with the resources to defend themselves, then effective change will require more than just administrative tweaking. Justice is not, in my opinion, a singular arrest or a hefty prison sentence. It is in the commitment to prevent the harm from ever happening in the first place, even and especially if that means sacrificing an old world order for a new one.

I am a hometown girl, from a place where two rivers meet.

And I am ready to make the people I love uncomfortable now, so that all working people might one day be safe.

Are you willing to do this with me? Are you ready to claim me back?

'It is hard to be black': UNBC Timberwolves' Tyrell Laing speaks out on Black Lives Matter
Jun 3, 2020 12:10 PM
Comments
We welcome your feedback and encourage you to share your thoughts. We ask that you be respectful of others and their points of view, refrain from personal attacks and stay on topic. To learn about our commenting policies and how we moderate, please read our Community Guidelines.