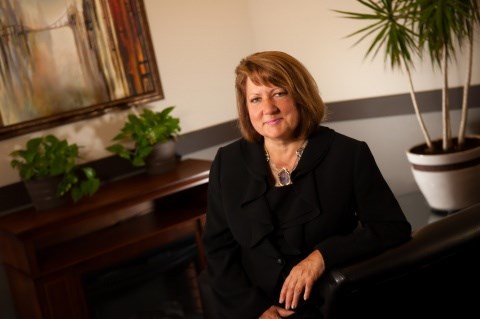 As the spending scandal unfolds at B.C.’s Legislature, the province’s independent auditor general says she’s been left in the dark and provided little information.

Carol Bellringer said members of the Legislative Assembly Management Committee did not consult her prior to their decision Monday to bring in an outside auditor to open up the House’s books.

Bellringer said no one has told her why the committee wanted “a fresh set of eyes” on the legislature’s financial affairs, which were called into question by Speaker of the House Darryl Plecas Monday in a startling report.

“Well, that’s why you have an auditor general,” she said. “I am that fresh set of eyes. I requested that they reconsider.

“Just let us do it,” said Bellringer, who also expressed concern about oversight of the legislature. “If there is an implication of a lack of confidence in my office then that’s a huge problem.”

She added that no one has come to her with any formal complaint.

“I explained to them why we would be able to do it,” she said, noting the legislature hasn’t been audited by her office since she took on her role four years ago.

She said some committee members have reassured her privately that the decision has nothing to do with a lack of confidence.

“But, well, that’s the implication,” she said. “I said, well, it would be nice if you said that publicly.”

On Monday the non-partisan, multi-party committee of MLAs chaired by Plecas voted unanimously for an outside audit.

Plecas’ report outlines allegations that now suspended Clerk of the House Craig James and Sergeant-at-Arms Gary Lenz abused the public purse with improper personal expense claims and unnecessary junkets. The impartiality of the clerk’s office was also called into question as an RCMP investigation continues.

Bellringer said if she were to conduct a full audit she would first need to know where to look – something she hasn’t been briefed on.

“I just don’t know what piece of the full operation to pick out and verify,” she said.

Bellringer said a number of things could be done to improve transparency. While expanding freedom of information laws to the legislature is one possibility, Bellringer suggested something as simple as online public disclosures is a solution.

She said she thought the Speaker of the House has “broad powers.” Asked where the buck stops on expense claims and salaries, Bellringer said there are “different layers of authority.”

Generally, however, it is the Speaker who signs off on the clerk’s expenses, she said. Anything over a certain limit, such as capital expenditures, will go to the committee.

The last time the auditor general audited the legislature was in 2012. Auditor General John Doyle presented the House with a list of improvements that were needed. Bellringer said that list largely stemmed from a 2007 auditor general report.

“A number of the things we’re hearing today are things we’ve heard about before,” she said.

James became Clerk of the House on Sept. 1, 2011. He was hired in 1987 as clerk of committees. In June 2010, he left the legislature temporarily to become acting chief electoral officer.

Controversy also surrounds a retirement allowance provided to James. Plecas noted in his report it was generally understood that this allowance (13 days of pay for every year of service), created in 1984, was terminated in 1987 when clerks received a pay increase to compensate for a lack of retirement benefits. So, in 1987, James received a 10 per cent salary increase.

But after James became head clerk, then speaker of the house Bill Barisoff interpreted the allowance as still being on the books, something Plecas said is “troubling.”

Barisoff then terminated the benefit by an order, facilitating a $257,988 payment to James, not only before retiring but also based on his new salary as clerk of the house. Deputy clerk Kate Ryan-Ford declined her own $118,915 allowance for “personal reasons.”

Plecas claims the next speaker of the house, Linda Reid, ordered a report on the allowance by human resources director Jo-Anne Kern, who then concluded James’ payment was an “extremely generous interpretation” of the policy. Kern’s report went missing from the Speaker’s vault, noted the report.

“The only reason a copy has been located is that a former employee made and kept a copy, anticipating that its existence might one day be disputed,” claimed Plecas, who now questions the authorization of the payment.

In other allegations, Plecas noted, according to Lenz, excess liquor worth an estimated $10,000 was removed from storage and delivered to Barisoff’s house by James in 2013. But liquor remained in the Speaker’s office, as he noted three cabinets contained expensive spirits when he assumed his role over Reid.

“It had been my previous experience that the government does not pay for alcohol for staff or members’ personal consumption, so this was surprising to me,” wrote Plecas.

In a joint statement January 21, James and Lenz said Plecas’ allegations against them are “false and untrue.” They said Plecas has harmed their families by preparing a report in secret to “further blacken our reputations.”

B.C. Green Party leader Andrew Weaver said Tuesday the report will go down as one of the defining changes in the B.C. legislature and its culture of entitlement.

Plecas did not responded to a request for comment Tuesday.

James and Lenz have been suspended with pay since Nov. 20, when they were marched out of the legislature under police escort amid the cloud of a criminal investigation.

Opinion: Report paints ugly picture of alleged overspending by legislative officers
Jan 22, 2019 3:05 PM
Comments
We welcome your feedback and encourage you to share your thoughts. We ask that you be respectful of others and their points of view, refrain from personal attacks and stay on topic. To learn about our commenting policies and how we moderate, please read our Community Guidelines.