B.C. approves plan for Vancouver to be NHL 'hub-city' this summer 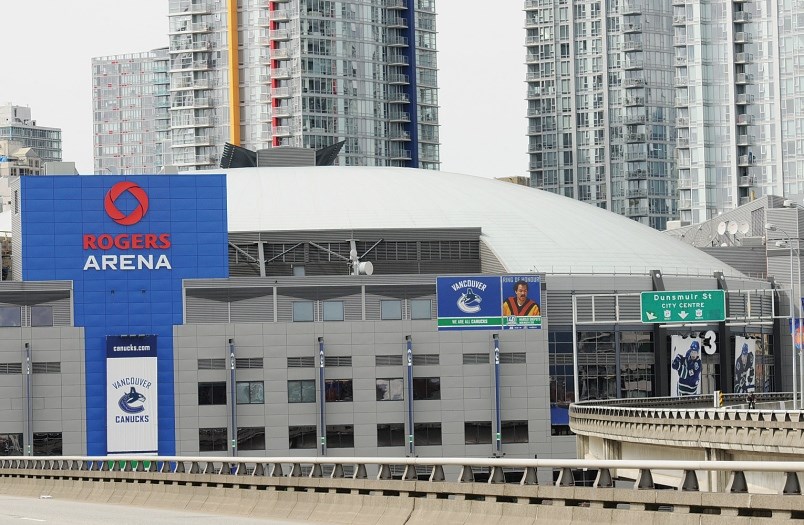 Rogers Arena in Vancouver, home of the Canucks. (via File photo)

Seeing a number of NHL playoff games in Vancouver this summer is one step closer to a reality, after the province approved the Vancouver Canucks' NHL plan this week.

During his weekly news conference today (June 10), Premier John Horgan also announced Dr. Bonnie Henry has approved a plan to slightly modify the 14-day quarantine rule for NHL players, that would still see them forced to quarantine for 14 days after crossing the border, but allow players' "bubble" to include their entire team.

This would allow players to move to Vancouver once the games begin, stay as a team at a hotel, and shuttle to and from Rogers Arena in the same bus, all while being separated from the greater public during that 14-day quarantine period.

While the province had originally proposed hosting NHL games in arenas across the province, the NHL has rejected that proposal, in favour of a "hub-city" plan.

Horgan and Dr. Henry have now written to Prime Minister Justin Trudeau to encourage him to approve the modification to the federal 14-day quarantine rule, but the decision on where to hold the remaining 2019/2020 games ultimately lies with the NHL.

Horgan said Vancouver has a lot to offer the NHL and its players, adding that hosting the NHL would benefits the city's hotels and other services that have suffered during the COVID-19 pandemic.

During the press conference, Horgan also noted the province has introduced a new order that protects amateur and minor sports volunteers and organizations from liability, after insurance companies had expressed trepidation around insuring these leagues and organizations in a COVID-19 world. Horgan said this would help a number of minor sports leagues start back up in the coming weeks.

Additionally, Horgan announced the province's state of emergency has been extended another two weeks due to the COVID-19 pandemic.

Police watchdog investigating arrest in Williams Lake that attracted 'significant public scrutiny'
Nov 23, 2020 4:05 PM
Comments
We welcome your feedback and encourage you to share your thoughts. We ask that you be respectful of others and their points of view, refrain from personal attacks and stay on topic. To learn about our commenting policies and how we moderate, please read our Community Guidelines.