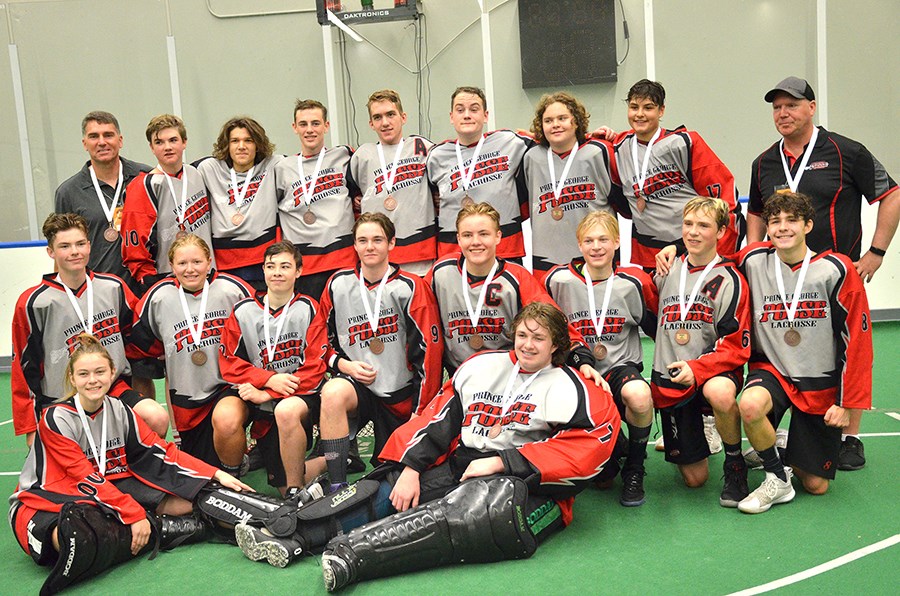 Prince George’s top-level minor lacrosse team won their last game of the year and earned themselves a medal of honour in the process.

Though it wasn’t the colour they would’ve wanted, the Prince George Posse Midget ‘B’ squad ran away in the third period of the third-place game of the 2019 B.C. Championships to claim the bronze in their 10-team division.

The team defeated the Langley Thunder 6-3 in their final contest by snapping a 3-3 tie in the final frame.

Derek Gelowitz gave Prince George the 4-3 advantage with over five minutes left, clearing the way for Daniel Sturgeon and Marshall Schonewille to add the insurance goals in the final three minutes.

This also marked the second time at the Langley Events Centre over the weekend the Posse took down the host club.

Prince George finished with a complete record of 3-3 at provincials.

They went 2-2 to finish fourth in round-robin play, which was enough to get them to the semi-finals but lost 7-2 to the eventual-champion Burnaby Lakers.

The preliminary results are as follows:

Posse players Brett Barwise and Spencer Rogers were awarded individually for their ‘Fair Play’ and ‘All-Star’ performances at the tournament respectively.