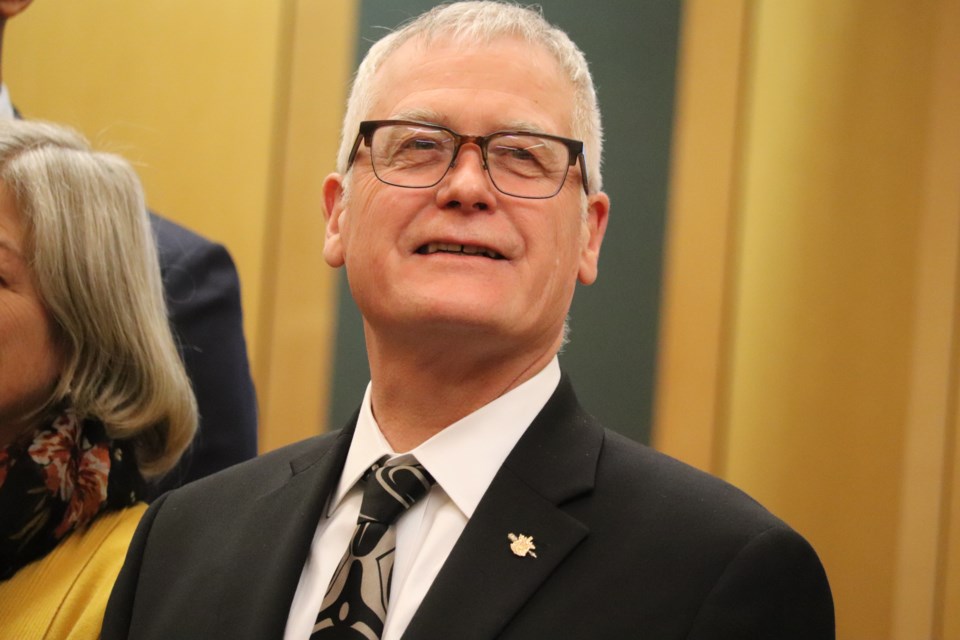 MLA Doug Donaldson, on behalf of Claire Trevena, Minister of Transportation and Infrastructure, announced the extension of BC Bus North services in northern B.C. (via Jess Fedigan)

Those who rely on BC Bus North services every day will have services for the foreseeable future.

The provincial and the federal government will provide funding for inner-city bus services until Mar. 31, 2021.

The Government of Canada, through Western Economic Diversification, will provide 50 per cent of the funding while the province will cover the other half.

Each party is contributing roughly $1 million to cover the operating costs for the next 14 months.

"Bus service is more than a transportation link - for many people in northern B.C., it's a lifeline," said Mélanie Joly, Federal Minister of Economic Development and Official Languages in a release.

"From seniors heading to medical appointments to young people who work in neighbouring towns, we know just how important this service is for so many. Our federal-provincial partnership will ensure that residents, visitors and businesses continue to have safe and affordable transportation options."

The province says one of the conditions to receive federal funding was that a competitive process is conducted to decide an operator.

Diversified Transportation, which is the current operator of BC Bus North, was a successful proponent following a process for current routes.

"When Greyhound stopped its service in the North, we didn't want to leave people without a reliable and affordable transportation option," added Claire Trevena, B.C. Minister of Transportation and Infrastructure.

"That's why we started BC Bus North and why we're now partnering with the federal government to continue to fund B.C.'s northern inter-city bus service through March 2021."

Fares will move toward the industry standard and align fares with distances.

As a result, some fees will be increasing, though new routes have been created with lower fares.

Updates to fare will be available on the BC Bus North website this Friday (Jan. 31).

"Our government is delighted to partner with British Columbia to address gaps in inter-city bus services," Federal Minister of Transport Marc Garneau added.

"We know how important it is for Indigenous communities and Canadians living in rural areas to have access to affordable transportation services, whether to visit family members or to attend a medical appointment."

BC Bus North covers nearly 7,000 kilometres every week, or about 28,000 kilometres per month and has given rides for almost 9,000 people since the service was launched in 2018.

BC Bus North changes coming between Prince George and Valemount
Feb 28, 2019 1:45 PM
Comments
We welcome your feedback and encourage you to share your thoughts. We ask that you be respectful of others and their points of view, refrain from personal attacks and stay on topic. To learn about our commenting policies and how we moderate, please read our Community Guidelines.