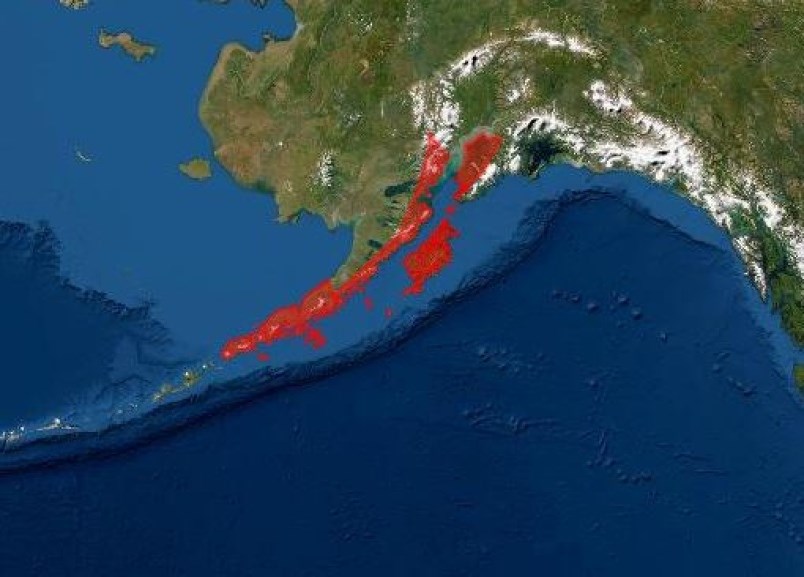 A map from the U.S. Tsunami Warning System shows the area of Alaska covered by a tsunami warning on Monday, Oct. 19, 2020. (via Screenshot)

There’s no threat to B.C. after a 7.5-magnitude earthquake near Sand Point, Alaska, that triggered a tsunami warning for parts of Alaska.

A spokesman for the Ministry of Emergency Preparedness said the province was informed there was no threat to the province’s coastline just before 4 p.m. today (Oct. 19) by the U.S. National Tsunami Warning Center in Alaska. The centre evaluates threats to the coastline from Alaska to California and relays the information to B.C. authorities.

No tsunami threat to #BC https://t.co/Q1VkXtMJtS

The size of the quake was originally reported to have been a magnitude of 7.4, but has been revised to a 7.5, said Paul Caruso, a geophysicist with the U.S. Geological Survey. He said an earthquake of this size, in this area, is not a surprise.

The tsunami warning was issued by the National Tsunami Warning Center, following an earthquake off Sand Point, Alaska. The National Tsunami Warning Center in Palmer, Alaska, said the tsunami warning was in effect for roughly 1,529 kilometres, from 64 kilometres southeast of Homer to Unimak Pass, about 129 km northeast of Unalaska.

“It was a pretty good shaker here,” said David Adams, co-manager of Marine View Bed and Breakfast in Sand Point. “We’re doing OK.” He said all guests were accounted for and “the structure itself is sound.”

“You could see the water kind of shaking and shimmering during the quake,” she said. “Our truck was swaying big time.” He didn’t take any photos or video: “It just kind of happened of all of a sudden.”

- with a file from The Associated Press