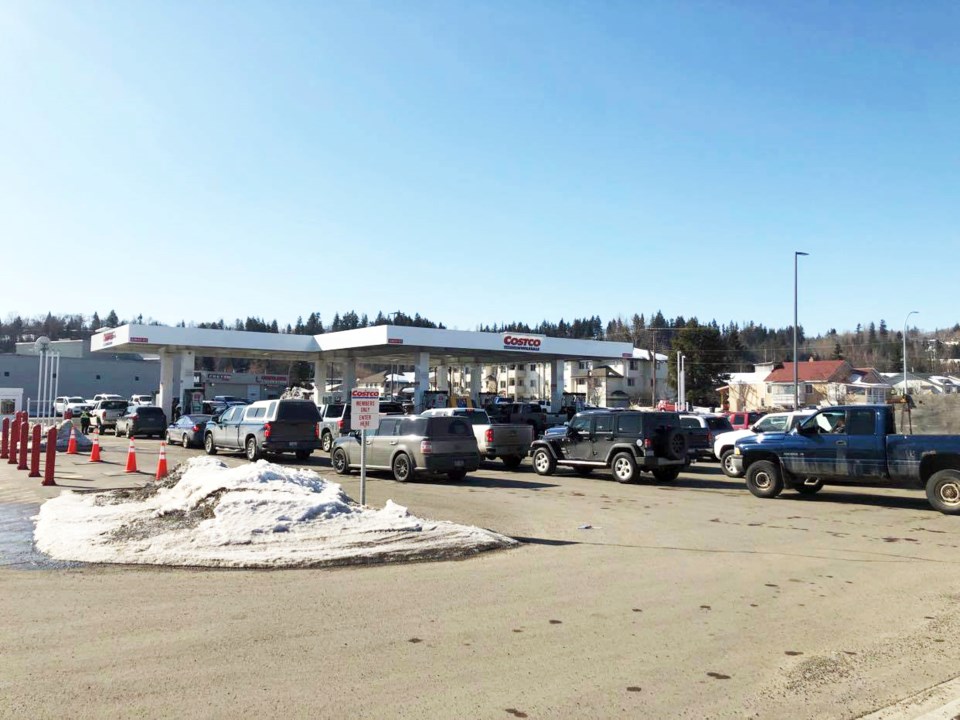 Gas prices continue to drop in Prince George at stations like Costco. (via Hanna Petersen)

Earlier this week, Costco was offering gas at 75.9 cents per litre and today (March 25), as of 10:30 a.m., it's dropped a full four cents to 71.9 cents per litre, currently standing as the cheapest price in the province.

After that, three Husky stations are offering gas at 75.9 cents per litre, including:

A number of other stations are offering gas for as little as 77.9 cents per litre.

In fact, Gasbuddy.com says Prince George has the top 10 lowest gas prices in all of B.C. right now. 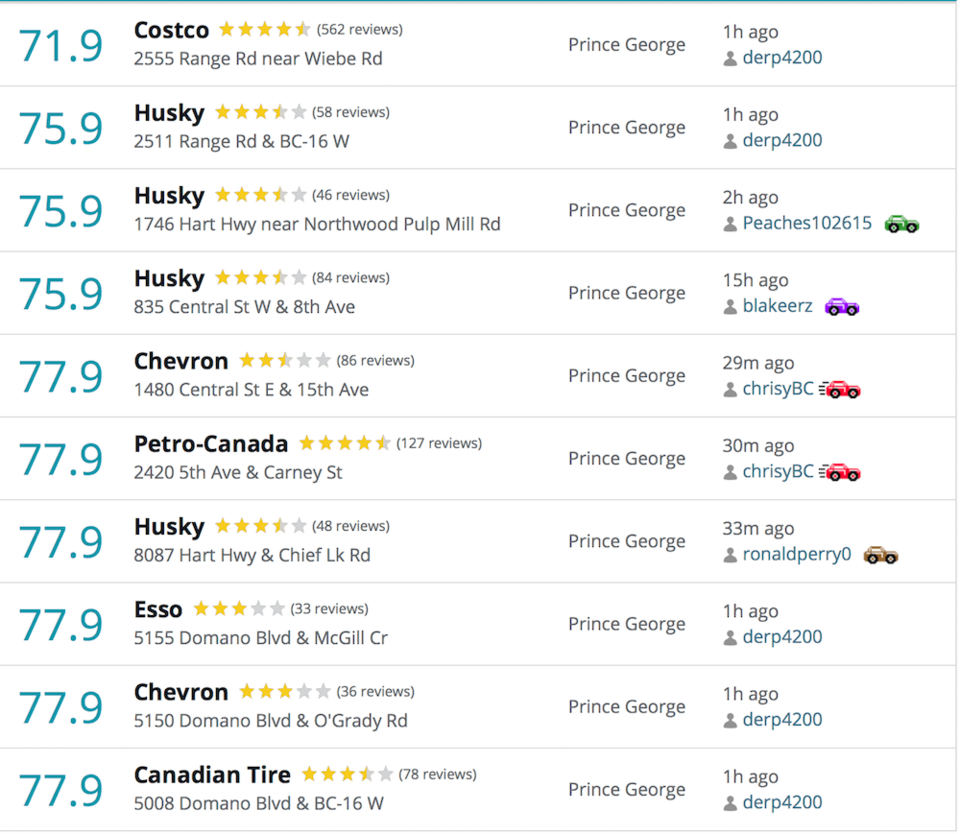 Prince George currently has the lowest gas prices in the entire province
Mar 15, 2020 11:12 AM
Comments
We welcome your feedback and encourage you to share your thoughts on this story. We ask that you be respectful of others and their points of view, refrain from personal attacks and stay on topic. To learn about our commenting policies and how we moderate, please read our Community Guidelines.

About the Author: Elana Shepert