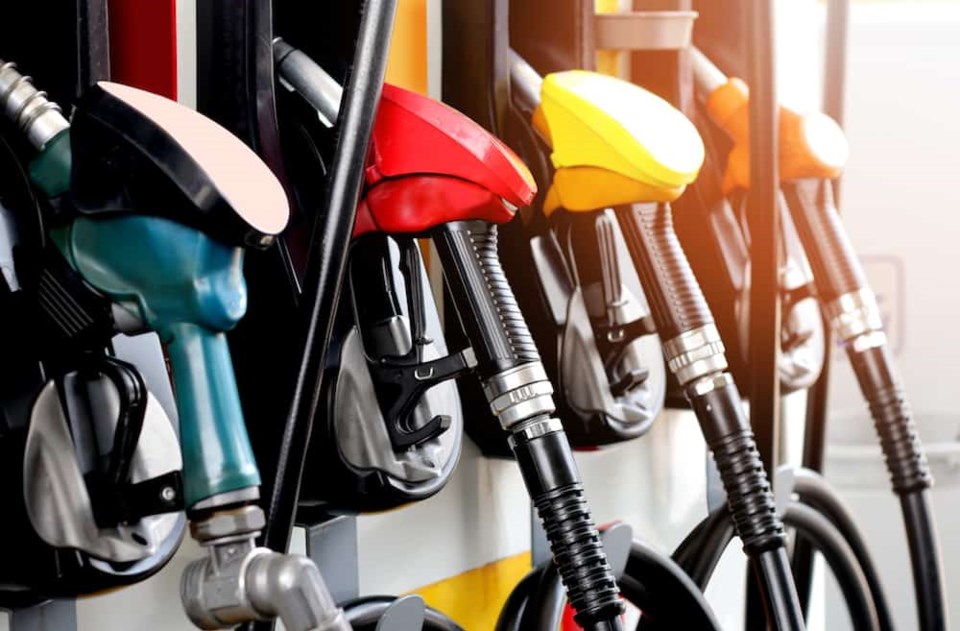 Remember when Prince George once had the cheapest gas in all of B.C. at 68.9 cents a litre?

That number seems like a distant memory as parts of the province's economy slowly begin to come back, including oil and gas.

The next nine prices all display 116.9 as the next cheapest gas in the city, as shown by GasBuddy.com in the graphic below. 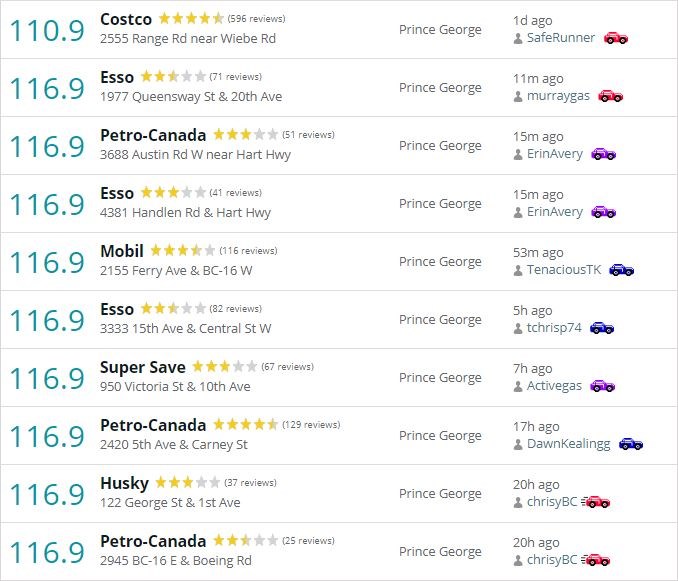 While Prince George prices may be considered 'low' in comparison to other parts of the province, the cheapest fuel remains in northern B.C. at under a dollar a litre, but it's about a four-hour drive away.

The following nine lowest prices in B.C. are just a slight tick above at 98.9, six of which are in Dawson Creek and three in Fort St. John.

- with a file from Elana Shepert, Vancouver Is Awesome 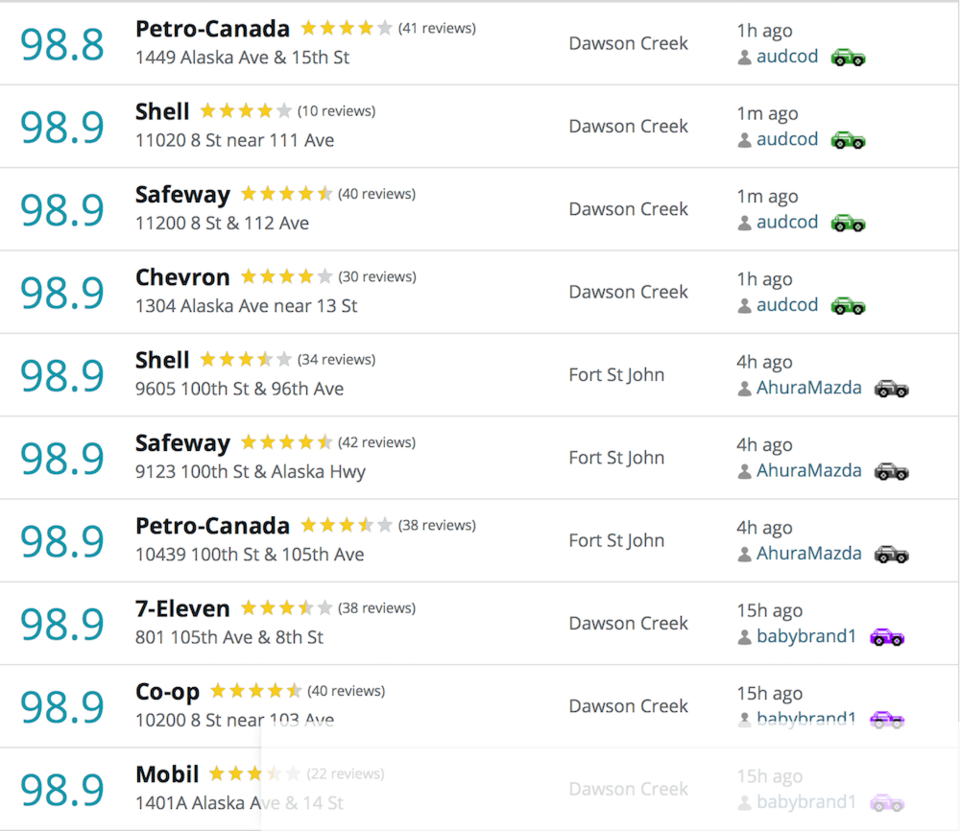 Hunting with Holmes: Check out these treasures found at Prince George Hospice Resale Shop
Jul 9, 2020 4:15 PM
Comments
We welcome your feedback and encourage you to share your thoughts. We ask that you be respectful of others and their points of view, refrain from personal attacks and stay on topic. To learn about our commenting policies and how we moderate, please read our Community Guidelines.