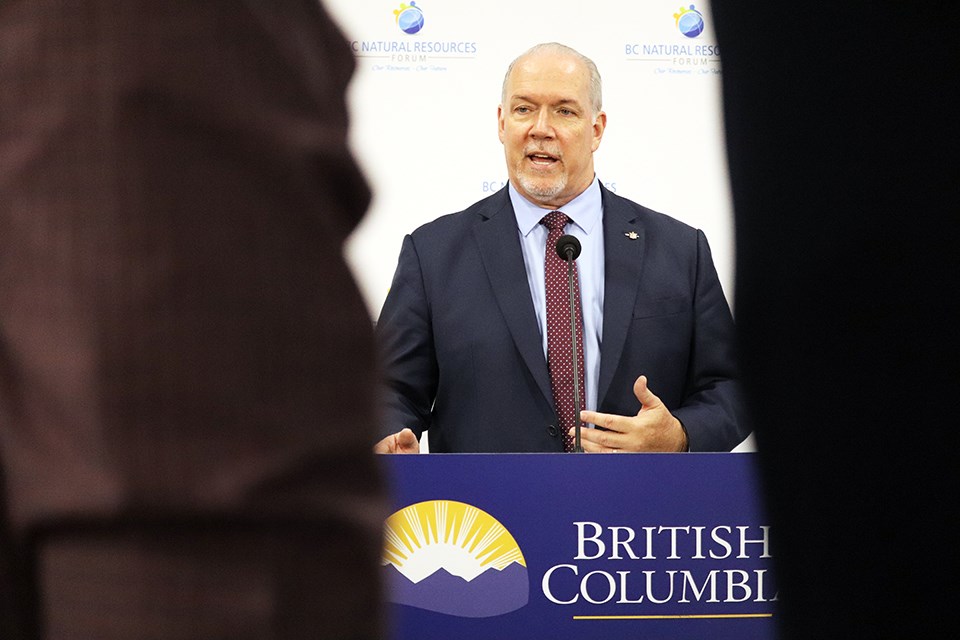 The B.C. provincial government has approved an up to $500 monthly renters' supplement for individuals in genuine financial distress as a result of the COVID-19 outbreak.

Premier John Horgan announced Wednesday that B.C. will freeze rent increases and evictions until the current crisis has passed, with some exceptions to the latter.

"This is not the time to seek rent increases and there is just 0% of that happening," he said. Landlords will be prevented from legally raising rents starting April 1. Increases slated to take effect on April 1 will no longer be applied.

Horgan said the province is assuming its rental supplement will see 100% pick-up, and that the province is then "working back from there" on the understanding that not everyone will need it. He added that there are around 500,000 tenant households in the province.

"[Uptake] will depend on the depth of the pandemic and the time it will take us to recover," Horgan said.

The additional rental assistance program will be delivered through BC Housing. Minister of Municipal Affairs and Housing Selina Robinson confirmed that the funds are intended to help low- and middle-income renters who have seen a "significant reduction" in income directly related to the spread of COVID-19, such as reduced hours or layoffs.

The supplement will be paid directly to landlords.

Robinson added that the province is granting landlords the power to regulate the use of multi-purpose and amenity spaces to prevent the spread of COVID-19. Existing eviction orders with B.C.'s Residential Tenancy Branch have been halted.

With few exceptions, landlords will also be prevented from entering tenants' homes without tenants' consent.

"The stress is off the charts right now. We need to give people security and safety in their rental housing," he said.

The announcement comes a week before April 1 rental payments are due.

The measures are part of the province's $5 billion COVID-19 response plan – which was announced on Monday – and follow tax and payment deferral options from governments, Crown corporations and banks intended to ease the financial burdens Canadians' may be facing.

- with files from Business In Vancouver

Injured Humboldt Bronco player launches lawsuit against drivers in deadly crash
Mar 28, 2020 3:05 PM
Comments
We welcome your feedback and encourage you to share your thoughts on this story. We ask that you be respectful of others and their points of view, refrain from personal attacks and stay on topic. To learn about our commenting policies and how we moderate, please read our Community Guidelines.