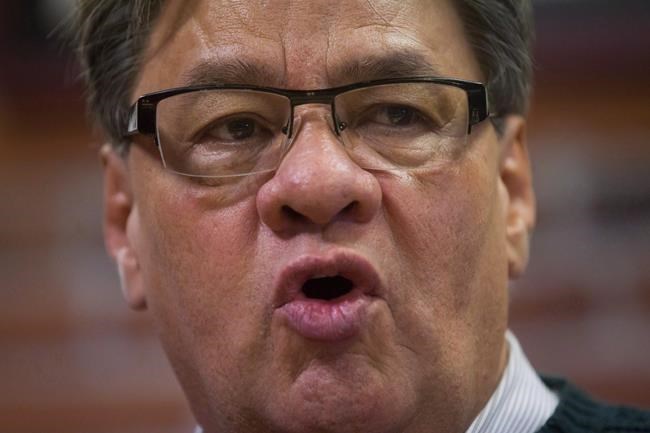 After being accused and charged for allegedly having sexual intercourse with a female without her consent over 45 years ago, British Columbia Indigenous leader Edward John's first court appearance has once again been moved.

It was announced in November that John had been charged with four counts of having intimate relations with a female without her consent in 1974 and the case being appointed a special prosecutor to manage allegations.

John was scheduled to appear in a Prince George courtroom on Dec. 10, 2019, but that date was pushed to this Wednesday (Jan. 15).

However, the B.C. Prosecution Service has confirmed to PrinceGeorgeMatters in an email this week's court date has been pushed back again to Feb. 26, 2020.

John is the Hereditary Chief of the Tl’azt’en Nation near Fort St. James, roughly 215 km northwest of Prince George.

The alleged incidents are to have happened in and around Prince George involving one person.

Michael Klein QC, a private practice lawyer from Vancouver was chosen to manage the prosecution to “avoid any potential for real or perceived improper influence in the administration of justice,” considering John’s prominent stature.

Klein approved the four counts against John for incidents that are alleged to have occurred between Mar. 1 and Sept. 15, 1974.

John completed his 11th consecutive term as an elected leader of the First Nations Summit's political executive in June.

He did not seek re-election, but continued as an advisor on contract with the organization, one of the largest Indigenous organizations in the province.

The First Nations Summit declined to comment, but issued a statement saying it will fully co-operate with the RCMP, prosecution service or other investigating bodies.

It has suspended John's contract pending the outcome of the legal case.

- with files from Colin Dacre, Castanet, Kyle Balzer, PrinceGeorgeMatters and The Canadian Press

B.C. Indigenous leader Edward John was scheduled to appear in court for an arraignment hearing this Wednesday (Jan. 15) after being moved from Dec. 10. The B.C. Prosecution Service now tells me it has once again been adjourned to February 26, 2020.

John is accused of having sexual intercourse with a female without her consent in 1974. There are four counts against John for incidents are alleged to have occurred between Mar. 1 and Sept. 15, 1974. #edjohn #cityofpg #northernbc #charges #courts @PGMatters

Prominent northern B.C. First Nations leader hit with historical sex charges
Nov 14, 2019 10:11 AM
Comments
We welcome your feedback and encourage you to share your thoughts on this story. We ask that you be respectful of others and their points of view, refrain from personal attacks and stay on topic. To learn about our commenting policies and how we moderate, please read our Community Guidelines.