B.C. man shares his experience as one of the province's early COVID-19 cases 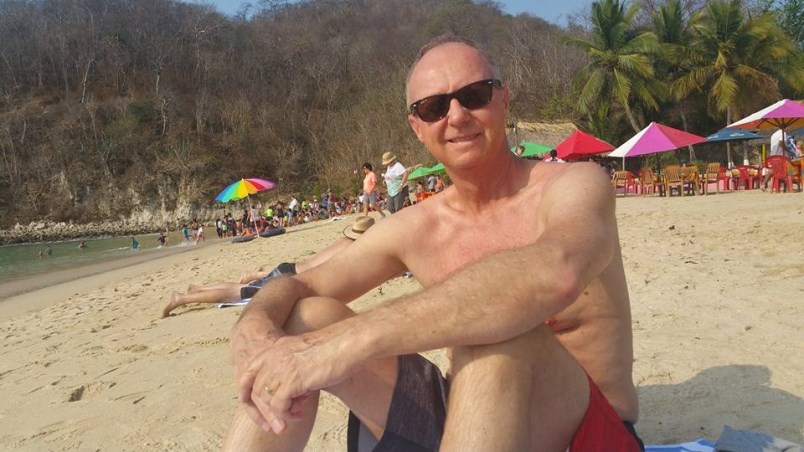 Ladner resident Jerry Glubisz is on the road to recovery after being diagnosed with COVID-19 in mid-March. He is pictured here while on holidays last year. (via Jerry Glubisz)

Ladner resident Jerry Glubisz is on the road to recovery after being diagnosed with COVID-19 in mid-March.

Glubisz reached out to Glacier Media to share his story of being diagnosed and treated as well as the importance of following the provincial health guidelines, including social distancing.

“I thought I had the seasonal flu,” he said.

“My wife didn’t get it and suggested I get checked out and then my employer, BCAA in Langley, said we don’t want you back to work until you get checked out.”

Glubisz said he went to Delta Hospital late in the day on Thursday, March 12, just before things started to get crazy.

“They put me into a negative pressure room and asked me where I had been and I did say I was at Costco in Burlington, just below Bellingham, earlier in the month and that is considered a hot zone,” he recalled.

He said doctors took a nose swab and a chest X-ray, finding some pneumonia on his right lung. He was prescribed a seven-day supply of antibiotics.

“I took the meds and it took a few days to get the test results back and I had COVID-19,” Glubisz said.

“I felt pretty bad for those six days, very little appetite, lying around in front of the fireplace because I had chills. I had no chest respiratory problems, there was no vomiting, but I was extremely tired.”

Glubisz, who is 63 and in good health, works out three or four times a week, including tackling the Grouse Grind during the summer. He suspects his healthy lifestyle helped him fight off the virus, although he did say he hadn’t felt that bad for years.

“I haven’t taken a sick day in five years, so it took something major like this to knock me down,” he said. “It’s been about 10 days and I’m feeling pretty much back to normal. I have a bit of a lingering cough, but that should be gone soon.”

Glubisz said the health care he received at Delta Hospital was top notch.

“The care was amazing. I thought Delta Hospital staff were very professional. They were very careful and took extreme caution,” he said. “Then I began dealing with the health unit who called me daily for temperature checks and to make sure I was on the right track to recovery.”

He said people just have to get used to the new normal for the next few weeks.

“It didn’t really hit home, but when things got a little crazy with all the business closures and shutting things down it became more real,” he said. “It can happen to anyone. The night before I was talking with my wife and she said I bet you $100 that you don’t have the flu. Sure enough the next day I got the results and it was COVID-19. I was convinced I just had the regular flu.

“Everyone just has to calm down, stay at home and in a few months we will just all sit back and say what a surreal time this was for us all.”