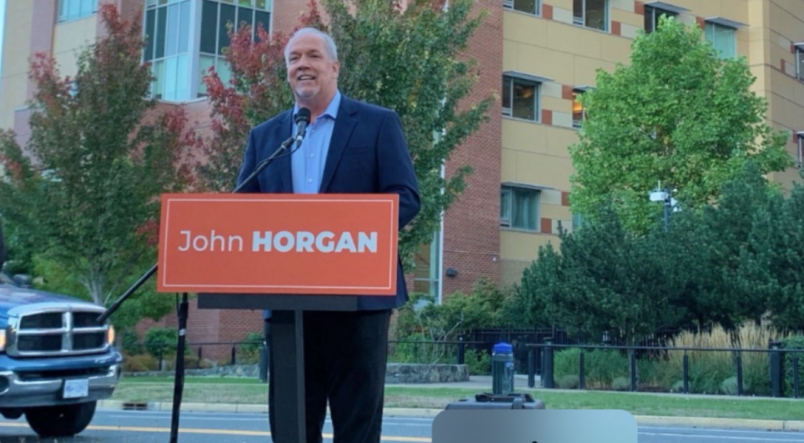 BC NDP leader John Horgan on another campaign stop. (via Twitter/John Horgan)

B.C.’s NDP took in more than $800,000 in donations than the Liberals between June and September, providing a greater war chest for the October snap election, Elections BC documents show.

The donations all come from individuals after the NDP banned corporate or union donations.

Those allowances for 2020 are based on the valid votes cast in the 2017 provincial general election.

Elections BC said three registered political parties are eligible to receive an annual allowance this year and must file interim financial reports.