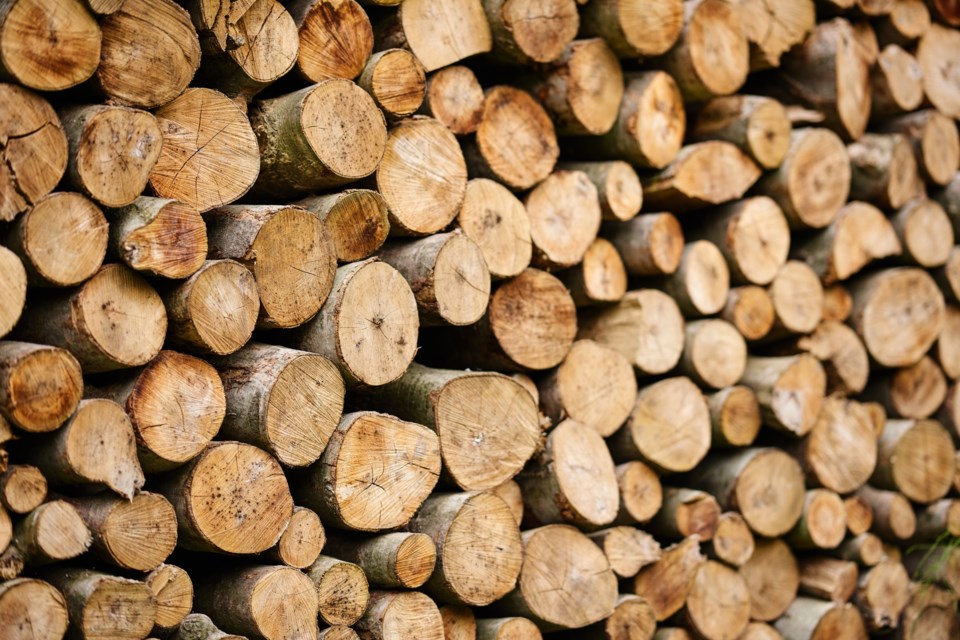 The timber supply in northern B.C. is being threatened by wildfires. (via iStock)

The economic foundations of northern British Columbia have been shaken after a Federal Court of Appeal ruling against the Trans Mountain Pipeline expansion and a record number of forest fires threaten its twin pillars.

More than $2 billion in oil and gas projects are underway in the north, where word is eagerly awaited on the largest resource project in Canadian history: the $43 billion LNG Canada terminal and pipeline development that links coastal Kitimat with the northeast gas fields.

Approximately 21,000 people are employed in the forest sector, from the Cariboo to Nechako, representing the second pillar in the north’s economy.

The Trans Mountain ruling has ramifications across the north.

In Prince Rupert, the first of 43 new spill response boats being built to support the Trans Mountain expansion was launched this July in Prince Rupert.

Two pipeline contractors in Fort St. John, Macro Enterprises Inc. and Surerus Pipeline Inc., were immediately affected by the shutdown of work on Trans Mountain after the court ruling nullified the National Energy Board’s (NEB) approval of the pipeline expansion.

Macro was to help build an 80-kilometre section of the Trans Mountain pipeline along the Coquihalla corridor, a contract worth $375 million.

In its second quarter report filed August 28, just days before the court ruling, Macro reported a net loss of $6.7 million in the first half of this year, which it blamed in part to “significant bidding costs, pre-job spending increased overheads being incurred in advance of major large-scale construction work commencing later in fiscal 2018.”

Macro president and CEO Fred Miles was unavailable for comment.

Surerus, in a joint-venture agreement with J. Murphy & Sons, was to build 180 kilometres of the pipeline in the Merritt area of southwest B.C.

Both companies are also involved in the $1.4 billion North Montney gas pipeline in the northeast and the $4.8 billion Coastal Gaslink pipeline to Kitimat.

Coast Gaslink’s line is to link LNG Canada’s proposed liquefied natural gas plant at Kitimat. A final investment decision on the project is expected this fall.

But some in the north are hearing footsteps.

On August 24, Coast GasLink Pipeline Ltd., a TransCanada Corp. (TSX:TRP) subsidiary, was forced to respond to an environmental challenge to the 675-kilometre pipeline.

The NEB requested the comment on whether a process should be established to examine a jurisdictional question raised in an application made to the board.

Michael Sawyer, a Smithers-based environmentalist, wants the NEB to issue an order that Coast GasLink is within federal jurisdiction and subject to the board’s regulation rather than the province of B.C., which has approved the pipeline.

In a letter on behalf of Coast GasLink, Catharine Davis, TransCanada’s vice-president of gas pipelines law, urged the NEB to dismiss Sawyer’s application.

Sawyer has until September 7 to respond. If the NEB approves his application it would hold a hearing. That would lead to a federal review of the pipeline and a potential delay in construction, if Shell Canada and the rest of the LNG Canada consortium proceed to a final investment decision.

Also, the court of appeal ruling against the Trans Mountain pipeline was based on a perceived lack of meaningful consultation with First Nations. For the past 10 years, a protest camp led by the Unit’ot’en Clan of the 234-member Wet’suwet’en First Nation has been set up directly in the path of pipelines, including those linked to LNG Canada. Gary Wise, a political science professor at the University of Northern British Columbia in Prince George, said the Trans Mountain decision “could certainly embolden” other Indigenous groups opposed to the LNG pipelines.

“It is a very murky situation,” he said. “It’s complicated.”

Murky and complicated is likely not what the northern B.C. LNG industry is seeking right now.

Forestry represents nearly half of the goods-producing sector in northern B.C., but the industry has been facing annual reductions in timber supply due to the mountain pine beetle infestation and forest fires. But following back-to-back record wildfire seasons, that supply and the jobs that go with it appear threatened this year.

A September 2 media briefing in Prince George was told that the nearby Shovel Lake fire, the largest in the province at 900 square kilometres, was contained but the overall fire damage is unprecedented.

“This is a huge fire season and in terms of the numbers of hectares burned, it’s the largest on record in B.C.,” said Doug Donaldson, minister of Forests, Lands, Natural Resource Operations and Rural Development.

Fourteen major forest fires were still burning as of September 2 in the northwest, the Cariboo or the Prince George Fire Centre in northern B.C.

In 2017, the former worst fire season in B.C., reduced the mid-term total annual allowable timber harvest by 3.8 million cubic metres – down 50% from a year earlier – in the north’s three timber supply areas at Quesnel, Williams Lake and 100 Mile House, according to a B.C. chief forester report in February 2018.

Trans Mountain federal court ruling threatens to spook investors
Sep 7, 2018 1:05 PM
Comments
We welcome your feedback and encourage you to share your thoughts on this story. We ask that you be respectful of others and their points of view, refrain from personal attacks and stay on topic. To learn about our commenting policies and how we moderate, please read our Community Guidelines.