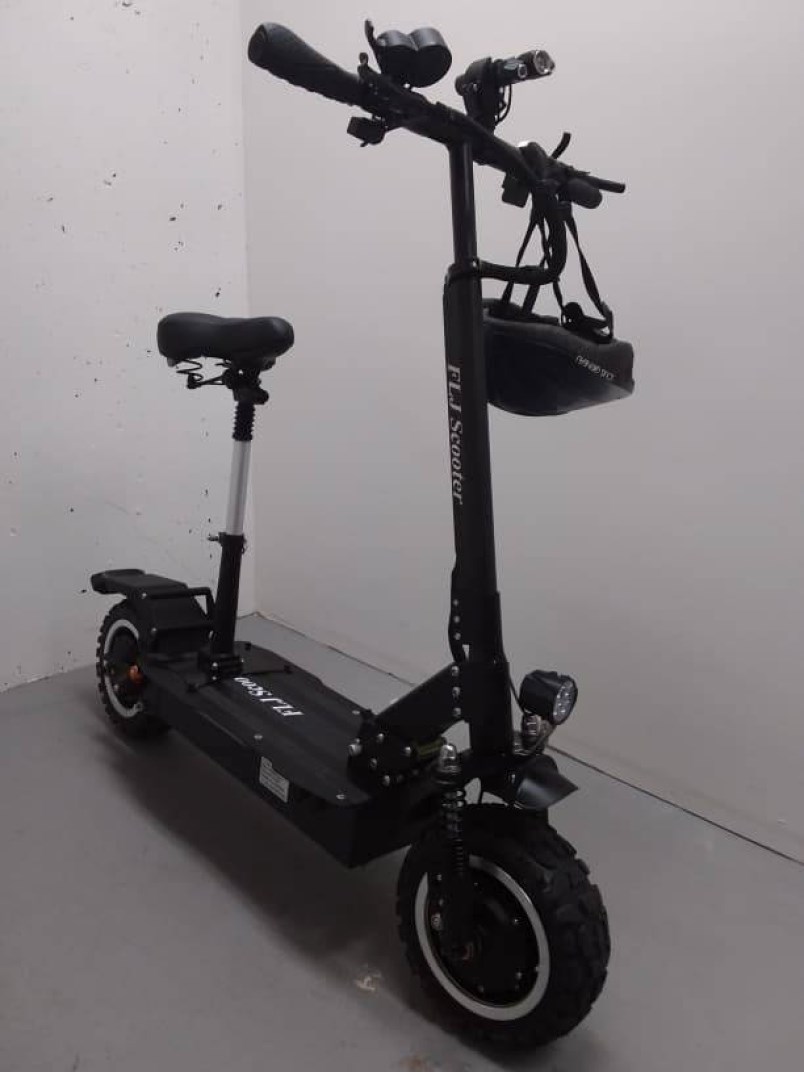 A black, two-wheeled "FLJ" brand electric scooter, with off-road tires and a light on the front fender, was stolen from outside Hillside Shopping Centre. (via Victoria Police)

Police in B.C. have released surveillance pictures of a suspect in the theft of an electric scooter belonging to a Special Olympics athlete.

The scooter was stolen from outside the Hillside Shopping Centre in Victoria about 4 p.m. on Monday (Sept. 21).

The owner is a 54-year-old man with a disability who depends on the scooter for transportation.

The suspect is described as white, 30- to 40-years-old and about six feet tall with a slim to medium build.

He was wearing a blue tracksuit and a Nike baseball cap, and was pushing a shopping cart that he used to move the scooter.