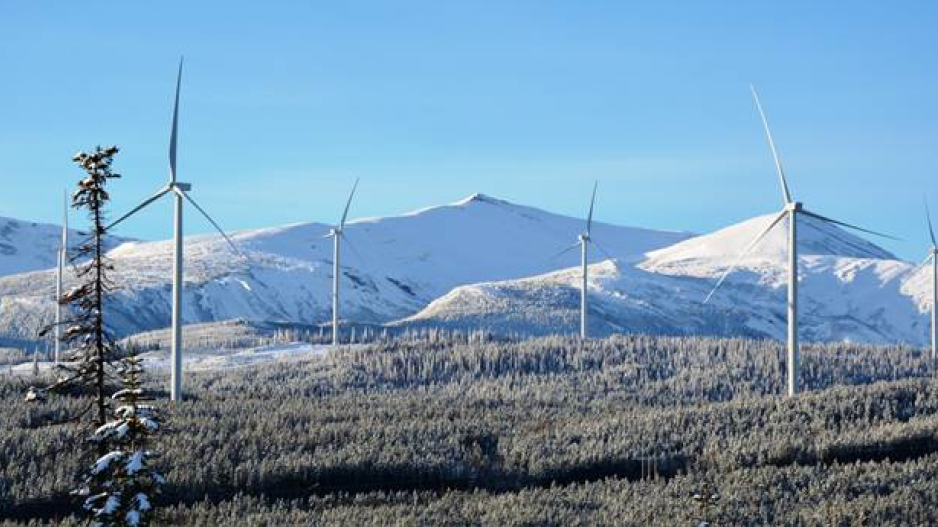 The Meikle Wind farm near Tumbler Ridge is one of eight windfarms built in B.C. under the Clean Energy Act. (via Pattern Energy Group)

The John Horgan government plans to repeal a key energy policy of the Gordon Campbell Liberal government that spawned a multi-billion private power sector in B.C.

Needless to say, private power producers aren’t very happy about Bill 17, which will amend the Clean Energy Act to eliminate a requirement for self-sufficiency in clean power.

The Clean Energy Act leveraged an estimated $9 billion over the past couple of decades in private investment in wind farms and run-of-river projects.

The amendment will allow BC Hydro, through its trading arm, Powerex, to buy clean power from U.S. states that have greened their grids. It will excluded Alberta from the power trade, however, because Alberta still gets much of its power from coal or natural gas.

“This means BC Hydro will import power from U.S. states like Washington and California and will no longer buy power from B.C. based Independent Power Producers (IPP),” Clean Energy BC states in a press release.

“There are some long-term contracts in place, but some of them are coming up for renewal,” Laureen Whyte, Clean Energy BC’s new executive director, told Gacier Media. “And there are others that were in the queue when they suspended the standing offer program."

“There are some (electricity purchase agreements) that will be coming up for renewal, and those companies are very concerned that BC Hydro might not renew the agreement,” Whyte said.

Increased clean power trading with the U.S. might present the opportunity for private power producers to sell their power into the U.S. through Powerex, but it’s by no means clear whether they would even be allowed to access that market through Powerex.

“My understanding is that that’s not an option,” Whyte said.

“What the self-sufficiency standard was (intended to do) was to create a market for the independent power producers and they don’t like the change – I get that,” Ralston told Glacier Media. “But it’s better public policy.”

He said California produces a lot of solar power during the day. And since it is often surplus to what is needed, it can be purchased at much lower rates than what BC Hydro is obliged to pay B.C. producers under electricity purchase agreements.

“It’s very, very cheap because they produce so much of it,” Ralston said. “It’s clean energy.”

B.C. adds 118,100 jobs in June
Jul 10, 2020 9:05 AM
Comments
We welcome your feedback and encourage you to share your thoughts. We ask that you be respectful of others and their points of view, refrain from personal attacks and stay on topic. To learn about our commenting policies and how we moderate, please read our Community Guidelines.