B.C. still the ‘laggard’ in online voting ahead of elections 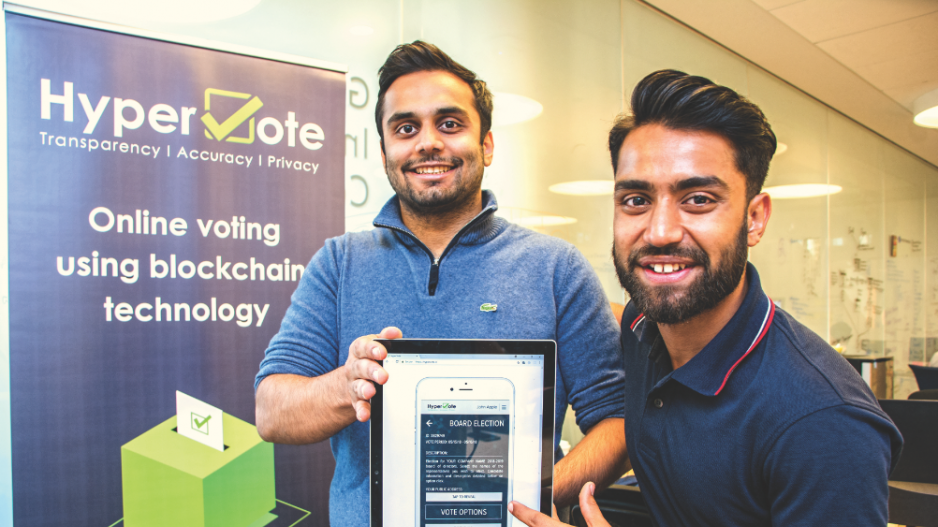 Instead of hitting the polls for next month’s municipal elections, Ontarians living in hundreds of communities will be clicking their mouse buttons as they cast their votes online.

“In terms of electoral modernization, British Columbian municipalities would be very much the laggard,” said Nicole Goodman, director of the Centre for e-Democracy at the University of Toronto’s Munk School of Global Affairs and Public Policy.

While B.C. has the technology and capacity for online voting, the province has yet to gather the political will to make it happen.

“Voting is flawed and could be more accessible and more transparent,” said HyperVote co-founder Usman Mukaty.

His Vancouver-based startup has been facilitating online voting for Canadian organizations and has been in talks with larger cities like Richmond and Burnaby about eventually introducing online voting down the road.

Mukaty said municipalities have been receptive to the idea, but it still remains off the table ahead of the October municipal elections.

Before cities can adopt such tools, the provincial government would need to pass legislation to allow online voting in municipalities.

Ontario and Nova Scotia were the first provinces to do so in Canada, and there have been attempts over the past decade to introduce online voting in B.C.

The City of Vancouver originally asked the province to permit online voting for the 2011 municipal elections.

Victoria blocked those efforts, but Elections BC, the independent agency overseeing voting in the province, created an independent panel the following year to review the prospect of online ballots.

The 2014 report from the Independent Panel on Internet Voting concluded that “internet voting has some significant inherent risks” and recommended the province not proceed with it for provincial or municipal elections. The panel expressed concerns that online voting security could be compromised through cyberattacks and that authenticating the identities of voters would prove challenging.

Its platform is built on a blockchain system – an electronic ledger that cannot be manipulated by a third party – that distributes online voting IDs to users via email. Its platform then requires users to submit those IDs if they wish to cast a vote.

The prospect of online voting becomes more secure and more transparent, because someone can instantly see if his or her vote has been registered.

“In this day and age we all bank online,” said Town of Osoyoos councillor CJ Rhodes. “If that level of security is achievable through the banking process, I’ve always felt that it could be developed and moved forward with the voting process in our province.”

Rhodes presented a resolution at the Union of B.C. Municipalities (UBCM) convention the year after the Independent Panel on Internet Voting released its report.

The UBCM resolution was passed and forwarded to Peter Fassbender, then the provincial minister of community, sport and cultural development under the previous BC Liberal government.

The BC NDP government’s highest-profile foray into changing the way British Columbians vote has centred on a referendum on proportional representation set for the fall. The province referred  Business in Vancouver to the Independent Panel’s 2014 report when asked about its current position on online voting.

“Canadians and British Columbians … are typically dreadful at turning out at voting time,” Rhodes said. “My challenge back in the day, and still, is to try to improve that situation, and I felt very strongly that online voting would be very user friendly.”

Voter turnout for last year’s provincial elections climbed from 57 per cent to 61 per cent between the 2013 and 2017 municipal elections.

Goodman, whose own research has examined how technology affects the way people participate in democracy, said efforts to introduce widespread online voting are still stymied by a lack of rules standardization across Canada.