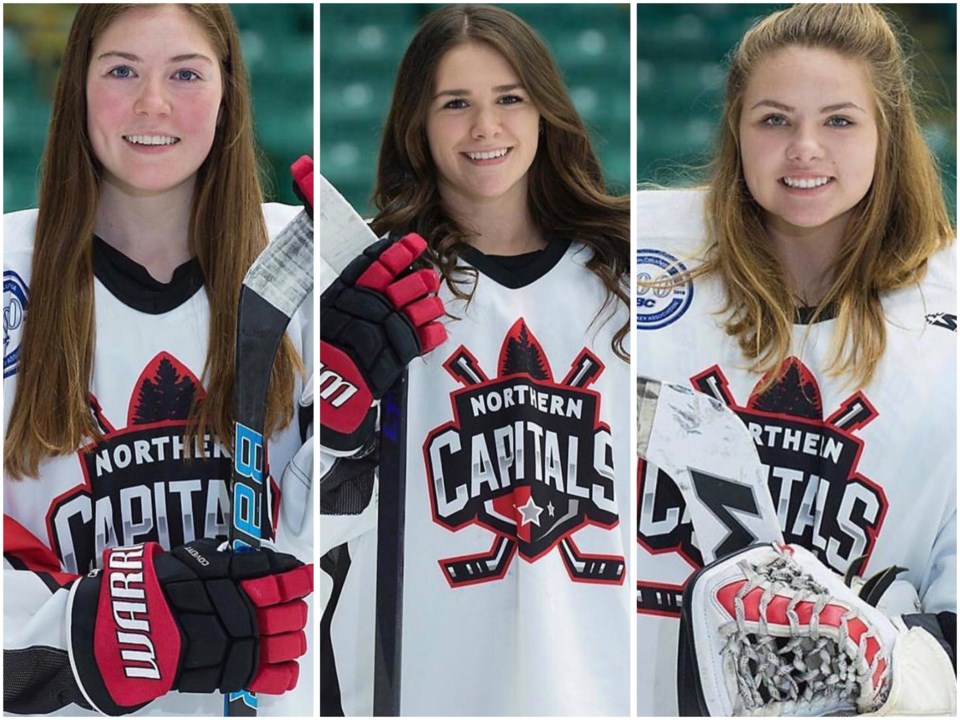 Three Northern Capitals players are heading to an even more northern capital in Canada.

Sarah Sampson, Camryn Scully, and Tessa Sturgeon from the Prince George-based women’s team have officially been named to Team B.C. for the National Aboriginal Hockey Championships next month in Whitehorse, Yukon.

The three young women will also be joined by Capitals’ coach Dayle Poulin, who will act as an assistant head coach for the provincial squad.

Sampson finished her 2018-19 campaign as the third highest-scoring defenceman in the Capitals line-up with two goals and five points in 28 games.

Scully, a graduating player, had an exceptional season suiting up in all 32 contests and recorded the second most points on the Capitals’ roster.

She ended up with 25 points, including 16 goals and nine assists, along with 54 penalty minutes.

Strugeon was between the pipes 14 times this year, winning six of those contests, nabbing one shutout, and earned a 4.09 goals-against-average (GAA).

All three went through a try-out session this past weekend in Abbotsford before being short-listed to the roster.

From May 6 to 14, the best indigenous hockey players, men and women, from across the country will migrate to the Yukon territory to compete at the annual tournament.

Prince George played host in 2004 and remains just one of two B.C. cities to do so in the competition’s 18-year history.

Kings of the Coast; Prince George Spruce Kings will play for the Fred Page Cup a second straight year
Apr 2, 2019 10:13 PM
Comments
We welcome your feedback and encourage you to share your thoughts. We ask that you be respectful of others and their points of view, refrain from personal attacks and stay on topic. To learn about our commenting policies and how we moderate, please read our Community Guidelines.