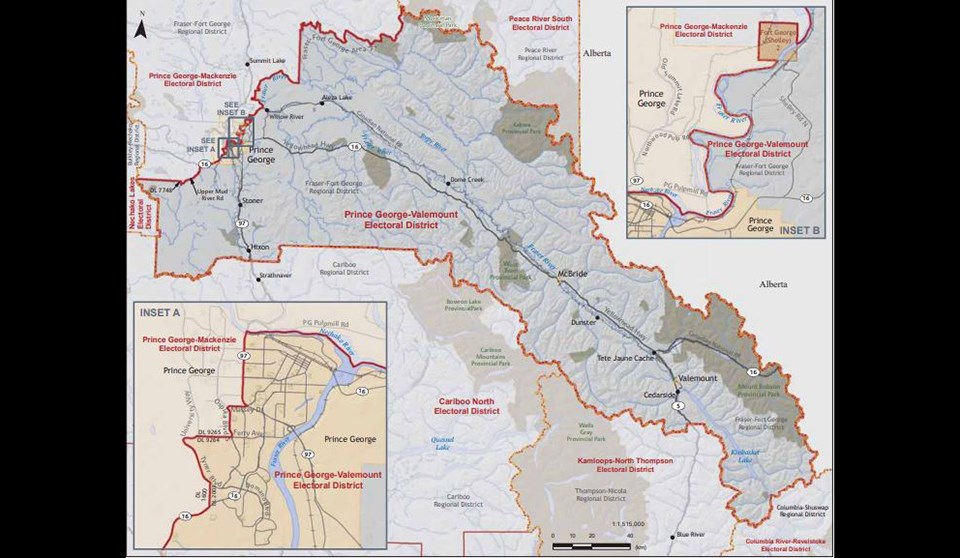 Map of the Prince George-Valemount electoral district ahead of the 2020 B.C. election. (via Elections BC)

Formerly known as Prince George-Mount Robson, it was one of three local regions that underwent boundary changes in 2008.

Much like neighbouring Prince George-Mackenzie, 2020 will also be its fourth official B.C. election with the current name.

Today, the more than 31,500 sq-km riding covers the east and southern sections of the Regional District of Fraser-Fort George.

With respect to our city, it’s divided primarily east of Highway 97 and the Nechako River.

The electoral line moves west on Massey Drive to south on Ospika Boulevard until Ferry Avenue.

If you live as far east as the Alberta border and southeast as Kinbasket Lake, which includes McBride, Tête Jaune Cache and Valemount, you will be voting in this particular riding.

The northern boundary line moves along the Fraser River and includes everything east of the Canfor Pulp Mill and the south side of the Shelley reserve.

Since 2001, the BC Liberals have favoured Prince George-Valemount, to which Shirley Bond has been voted in every single election that followed for a combined five terms.

Observed issues primary to the region include forestry, environmental and rainforest preservation, road and infrastructure needs, tourism and the opioid crisis.

The candidates for the 2020 election are as follows (in alphabetical order): 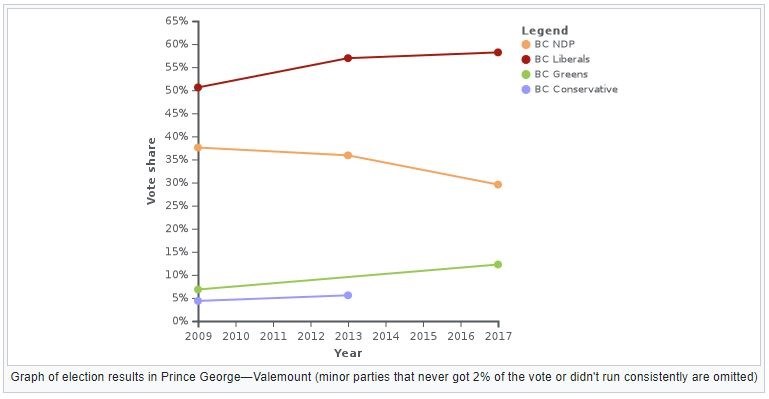 Provincial election results graph for the Prince George-Valemount riding ahead of the 2020 race. (via Wikipedia)