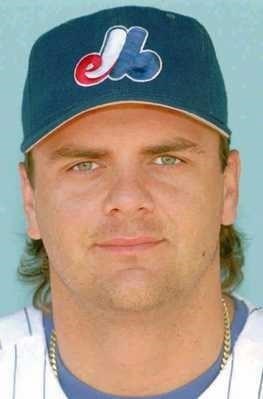 Larry Walker is headed to the National Baseball Hall of Fame in Cooperstown, N.Y.

Walker, from Maple Ridge, B.C., received 76.6 per cent of the vote by members of the Baseball Writers' Association of America in his 10th and final year on the ballot, narrowly surpassing the 75 per cent required for induction.

The former Colorado Rockies and Montreal Expos slugger is the second Canadian elected to the Hall of Fame. Pitcher Fergie Jenkins of Chatham, Ont., was inducted in 1991.

Walker, a five-time all-star and the 1997 National League MVP, is joined in this year's induction class by New York Yankees shortstop Derek Jeter, who amassed 99.7 per cent of the vote. Jeter fell short of a unanimous ballot by just one vote in his first year of eligibility.

The induction ceremony will be held in Cooperstown in July.

The moment your son is elected into the Baseball Hall of Fame! Larry Walker Sr the moment his son is named a Hall of Famer! #LarryWalker #BaseballHallofFame pic.twitter.com/jBafMhlTEz

Walker is a career .313 hitter over 17 seasons, including 10 with Colorado.

Walker signed with the Expos as an amateur free agent as a 17-year-old in 1984, five years before Canadians were first eligible for the MLB draft.

He made his MLB debut in 1989 and played six seasons with Montreal before signing a free-agent deal with Colorado. He capped his career with 144 games over parts of two seasons with the St. Louis Cardinals from 2004-05.

He is the first Rockies player to be inducted into the Hall.

Kerri Einarson will represent Canada in Prince George after winning 2020 Scotties Tournament of Hearts
Feb 24, 2020 7:15 AM
Comments
We welcome your feedback and encourage you to share your thoughts on this story. We ask that you be respectful of others and their points of view, refrain from personal attacks and stay on topic. To learn about our commenting policies and how we moderate, please read our Community Guidelines.