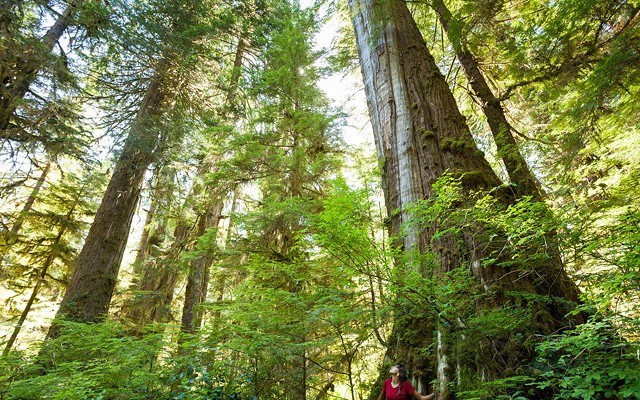 Victoria will take a holistic approach to old-growth forest protection, including protection of nine areas province-wide totalling almost 353,000 hectares, as it responds to a review announced a year ago.

B.C. Minister of Forests, Lands, Natural Resource Operations and Rural Development Doug Donaldson said Victoria will government will work with Indigenous leaders and organizations, labour, industry and environmental groups to work together in conserving biodiversity while supporting jobs and communities.

The commitment comes on the release of an independent panel report, A New Future for Old Forests, which made 14 recommendations, including:

Some recommendations fall short of an earlier ‘what we heard’ report which noted suggestions for:

Donaldson said management has relied on a patchwork concept resulting in biodiversity loss.

“Those who are calling for the status quo to remain are risking crucial biodiversity loss, while those who are calling for immediate moratoriums on logging are ignoring the needs of tens of thousands of workers,” Donaldson said. “Our government believes in supporting workers, while addressing the needs of old-growth forests, and these values will guide our new approach.”

Victoria announced appointment of the two-person Old Growth Strategic Review in July 2019. That review resulted in the report, delivered to government in the spring.

They reported back to government in spring 2020 with recommendations to inform a new approach to old-growth management.

Initial actions government is taking to formulate the old strategy include:

“We have provided our recommendations to the minister and look forward to government's response,” Merkel said. “We are also pleased that the province has agreed that the first step in improving old-growth management is to adopt a government-to-government approach with full involvement of Indigenous leaders, governments and organizations in proposed changes.”

Work is also underway to protect up to 1,500 exceptionally large, individual trees under the Special Tree Protection Regulation. The ministry said that supports a 2019 commitment develop a permanent approach to protecting big, iconic trees.

The report noted a 1992 strategy said, “in parts of the province, meanwhile, opportunities to reserve representative samples of old growth are dwindling rapidly.

But, Merkel and Gorley said, parts of that work “were either discarded or only partly implemented.

“Had that strategy been fully implemented, we likely would not be facing the challenges around old growth to the extent we are today, such as: high risk of biodiversity loss in many ecosystems; risk to existing and potential economic benefits; and widespread lack of confidence in the system of managing forests,” the said.

The Wilderness Committee said it agreed with the reports’ fourteen recommendations, especially the need for First Nations to be at the centre of decision-making around old-growth and for forest management decisions.

“Old-growth forests in B.C. are in crisis and today the government has acknowledged logging them is unsustainable,” said Wilderness Committee national campaign director Torrance

“But the reality is, important, non-renewable forests with thousand year-old trees and critical habitat for endangered species will still be cut down today, so this needs to be a first step with substantial follow up in the immediate future.”

A 2017 report by consulting firm PwC said the forestry industry contributed $12.94 billion in gross domestic product to the province and supported more than 140,000 jobs directly and indirectly. That report was commissioned by the Council of Forest Industries.

About 33 per cent of the province’s 13.2 million hectares of old-growth forests are protected in national and provincial parks, wildlife habitat ranges, regional water supply sheds, old-growth management areas and other areas, according to the province.

The B.C. Council of Forest Industries is due to comment later today (Sept. 11).