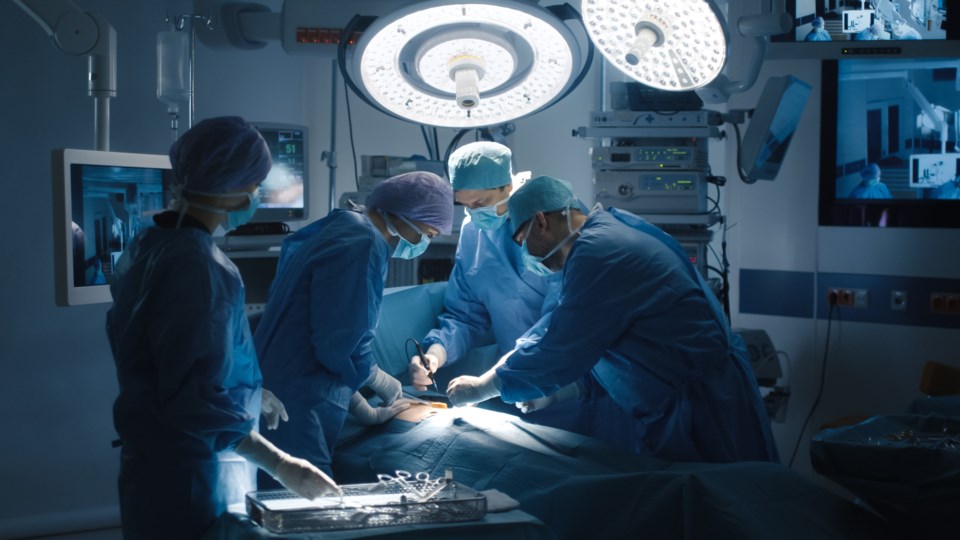 The wait list for people requiring medically necessary surgeries in British Columbia was at 88,481 as of June 30. (via Shutterstock)

Surgical wait lists have hit alarming, record-breaking levels in the province, according to the BC Anesthesiologists’ Society.

In a letter sent to all MLAs obtained by Castanet, the society states the wait list for people requiring medically necessary surgeries in the province was at 88,481 as of June 30. They claim that number has now reached 91,000.

The June number includes 5,010 children under the age of 17.

“And, unfortunately, this is 3,013 more waitlisted patients than the 85,468 who were waiting in March 2018, when the new provincial surgical strategy was unveiled,” the letter states.

The letter goes on to say the number of patients waiting for surgeries has increased by tens of thousands over the past two decades.

The BCAS represents approximately 400 specialist doctors who are at the frontlines of our health system, caring for virtually every surgical patient in the province.

“We are ready, able and willing to help reverse these harmful trends in surgical waitlists,” the anesthesiologists say.

Mackenzie Kerr chosen as BC Green Party candidate for Prince George-Valemount after previous federal run
Sep 26, 2020 2:20 PM
Comments
We welcome your feedback and encourage you to share your thoughts. We ask that you be respectful of others and their points of view, refrain from personal attacks and stay on topic. To learn about our commenting policies and how we moderate, please read our Community Guidelines.