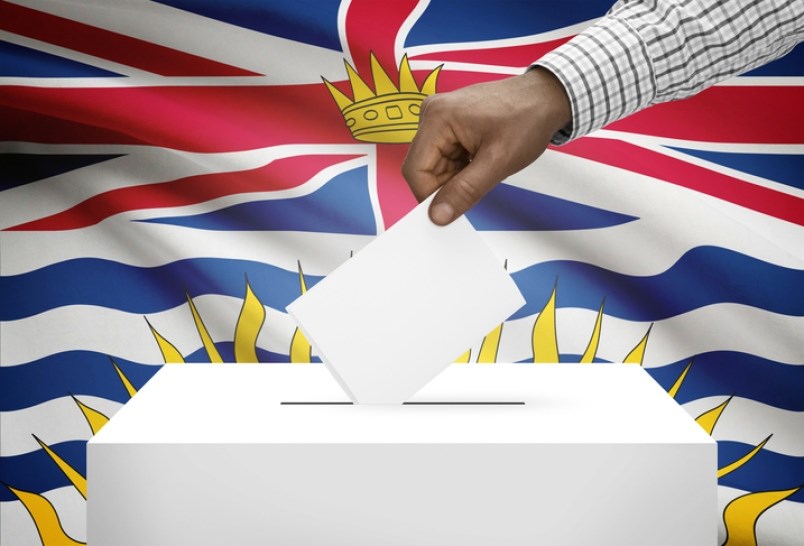 Predicting a winner in this B.C. election is difficult – especially with a campaign that will be conducted online to an unprecedented level, say observers. (via Getty Images)

Alberta’s early 2015 election, for example, ended the Progressive Conservatives’ 44-year run in power, and saw the New Democratic Party (NDP) form a majority in that province for the first time. The Ontario Liberal Party was able to move from a minority to a majority government under Kathleen Wynne after the legislature was dissolved in 2014.

There is a pattern when it comes to early elections, said Richard Johnston, Canada Research Chair in public opinion, elections and representation and professor emeritus at the University of British Columbia. While the BC NDP is widely expected to win a majority in October, it is not a foregone conclusion.

“There is a pattern of front-runners losing ground, particularly where they take advantage of what they believe to be favourable polls to make a snap election call,” Johnston explained.

He called it a “distinct possibility” that the NDP’s election call backfires on the party.

“The messaging from the Greens and Liberals right now is powerfully negative, and I think it’s effectively so. These are serious questions they’re raising about the motives behind the election call,” he said.

Premier John Horgan is ahead in most recent polls, but the campaign has just started. Even with a cynical electorate, Johnston said, he doubts the BC Green Party or BC Liberal Party could make concerns about the election the basis of their entire campaign.

“As we go along in the election, I think probably it will shift more to the differences between the parties on matters of substance. And I’m guessing that Mr. Horgan will try to make that happen.”

“But he’s already in some sense undercut some of the very appeal that made him so popular in the polls. I mean it is a move that is morally at odds with the picture that the government had painted of itself as, in some sense, above the fray and relying on science.”

According to Sanjay Demar, undergraduate program chair and senior lecturer in political science at Simon Fraser University (SFU), the results of early elections generally depend on context and on factors beyond the general public’s feelings about heading to the polls.

“I just don’t think it ultimately is a really strong factor that’s going to shape the election,” he told BIV.

Demar believes that what parties promise to do for voters during the pandemic and beyond will be front and centre in the election.

While economic issues are important, he said he suspects Horgan may steer the conversation back toward health and safety – and point to how government handled the first wave of COVID-19 as evidence that it deserves a second chance to manage a second wave.

“There are different ways to interpret this. But as the COVID numbers go up, I think that makes things a little more challenging for him.”

SFU political science professor Cara Camcastle points out that the NDP is benefiting from Dr. Bonnie Henry’s positive reputation, but that even a relatively strong record on managing the initial COVID-19 curve may not prevent voters from switching their votes.

“What I find is that people turn to other parties, even to vote for other parties, when they feel that the traditional parties that they vote for can no longer be trusted,” Camcastle said. “And they get very cynical about the whole political process.”

The Liberals could make breakthroughs in areas of Vancouver that the NDP just barely won in 2017, she said. Certain ridings – on Vancouver Island, for example – could flip from orange to Green if voters are unhappy enough with how issues such as electoral reform and the development of liquefied natural gas have played out over the past three years.

“It’s really hard to say who’s going to get the majority,” she said.

Asked whether early criticisms over calling an unplanned election can affect ballot-box behaviour, Research Co. president Mario Canseco told BIV that “it can go both ways.”

“It depends not only on how people feel about it immediately, but also how you connect during the actual campaign,” he said.

“In an election that takes away the opportunity to have townhall meetings, meet-and-greets, kissing babies, shaking hands, it’s becoming more like a U.S. presidential election: this is the person that you’re voting for…. They need to establish that emotional connection.”

According to Johnston, shorter campaigns tend to favour the incumbent, if the party isn’t massively unpopular. But B.C.’s 42nd election is far from typical.

“We’ve never had a campaign that’s basically been entirely digital before, and I don’t think we have any real theory about how that’s going to work.”