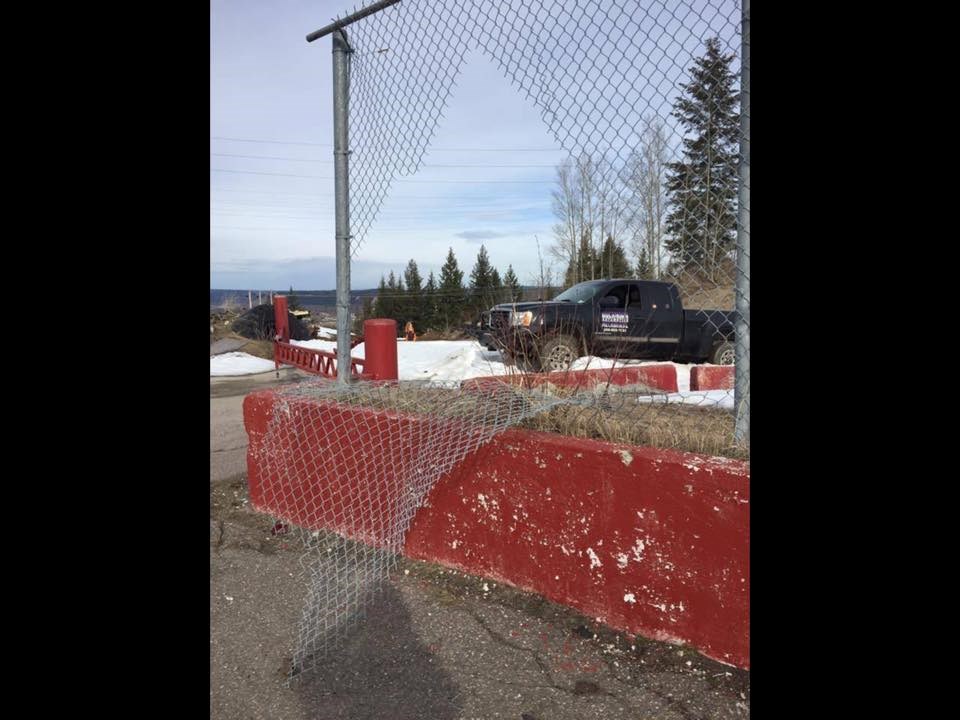 It's something nobody wants to deal with, whether it's the start of a season or your own property, but the Prince George Auto Racing Association (PGARA) is dealing with it on a regular basis.

On the association's Facebook page, they first posted a photo and description after person(s) vandalized the PGARA Speedway.

"We know that people use the track during the winter," the post says. "We are tolerant of people enjoying the facility all year round. But, the picture clearly demonstrates that someone(s) actually planned this act out ahead of time and brought out tools to do this, on purpose. This is unnecessary vandalism to the track."

Vice President Aaron Conn tells PrinceGeorge Matters that this isn't a new situation and it seems to be happening not just during winter, but also during the season.

"It seems like something is always getting broken or vandalized," he says. "Especially during the season when we have our events, people will go in there and plug up the sinks and the toilets for no particular reason, they just want to wreck something."

He also adds they aren't sure exactly when the damage happened because the track isn't checked as much when the season is not in session, which can make it harder to pinpoint or have any idea of who would come to the property and do that much damage.

Conn says whoever damaged the property, specifically the fence, would have had a way easier time getting in and he isn't sure why they would still to cut the fence.

"It was planned," he says. "The funny thing is, is if they just went around and over 30 feet on the other side where they cut the fence, there is no fence and they could have gone right on (to the property).

There were other damages than just the fence. All windows out of the timing booth were smashed as well as the door to the timing door.

That door Conn mentions had already been replaced this past fall, and now they'll have to do to it again which puts other repairs and additions in jeopardy due to funds being diverted.

Conn says it's something the PGARA deal with on a yearly basis whether it's during the season or the winter, which can affect the experience for those who use the track.

"I'm sure that whoever is doing it if you went and grabbed and wrecked something of their belongings, they'd be mad too, right?," he says. "We've been trying for a number of years to make the place better and upgrading it, keeping it maintained. We want to, our goal, is to paint the track and we want to have bigger events and bigger shows. If we have to keep shelling out money for repairs that are unnecessary and we don't have to do, we're taking money from everything else at the track."

B.C. announces $36M for new youth addictions treatment beds
Aug 13, 2020 11:35 AM
Comments
We welcome your feedback and encourage you to share your thoughts. We ask that you be respectful of others and their points of view, refrain from personal attacks and stay on topic. To learn about our commenting policies and how we moderate, please read our Community Guidelines.