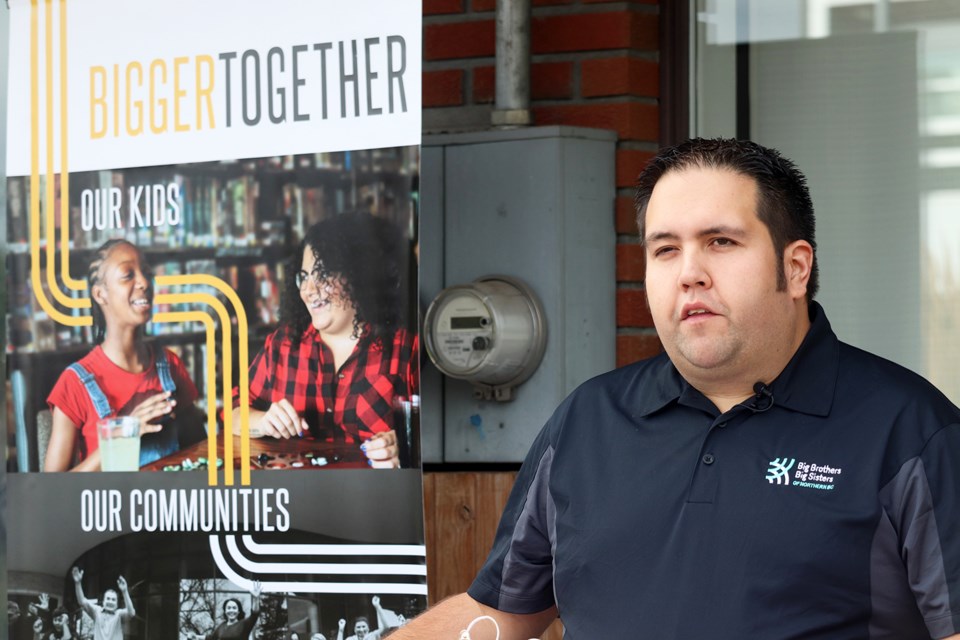 Big Brothers Big Sisters of Northern BC Executive Director Tim Bennett speaks to the changes to the society. (via Jess Fedigan)

There's some fresh paint and a new name for Big Brothers Big Sisters of Prince George.

A new logo and new colors were announced nationally today (Sept. 18) which is geared towards modernizing the society while also changing the way they speak as a whole.

"We reimagined how we do things. Modernized how we look and the way we speak. We are the new Big Brothers Big Sisters and we create life-changing mentoring relationships to ignite the power and potential of young people,” Tim Bennett, Executive Director said at a news conference. “We’re asking you, your friends, family, coworkers, and every Canadian to be part of something bigger. Our new brand is much more modern and exciting. The dream behind the brand is that with more people – more volunteers, more donors - involved in Big Brothers Big Sisters we can ignite the power and potential of thousands of more young people across Canada. When we stand together, we’re bigger together.”

The launch of the new branding also comes during the 40-year anniversary of Big Brothers Big Sisters.

Along with the new identity, the name you see will now be a bit different.

“We have heard from communities throughout the north that there is a demand for our programs and services. The expansion throughout the north will not occur immediately as we want to ensure our expansion is done in a sustainable way," Board President Ashley Boutin says. “As we expand to new communities we will be looking for non-profit and community stakeholders to partner with. This will ensure that once we start in the community we grow with and most importantly build roots within the community."

.@BBBSPG has unveiled the new logo and a fresh new look. BBBSPG will also now be branded as Big Brothers Big Sisters of Northern BC. The expansion won’t occur right away, however #cityofpg #bbbspg #northernbc @bbbsc pic.twitter.com/3CWp3ZtUJR

The new transition won't happen right away, as there are still details to iron out.

As part of the announcement made today, Big Brothers Big Sisters also announced a partnership with Valemount Learning Society which will bring programs to the Robson Valley later this year or early 2020.