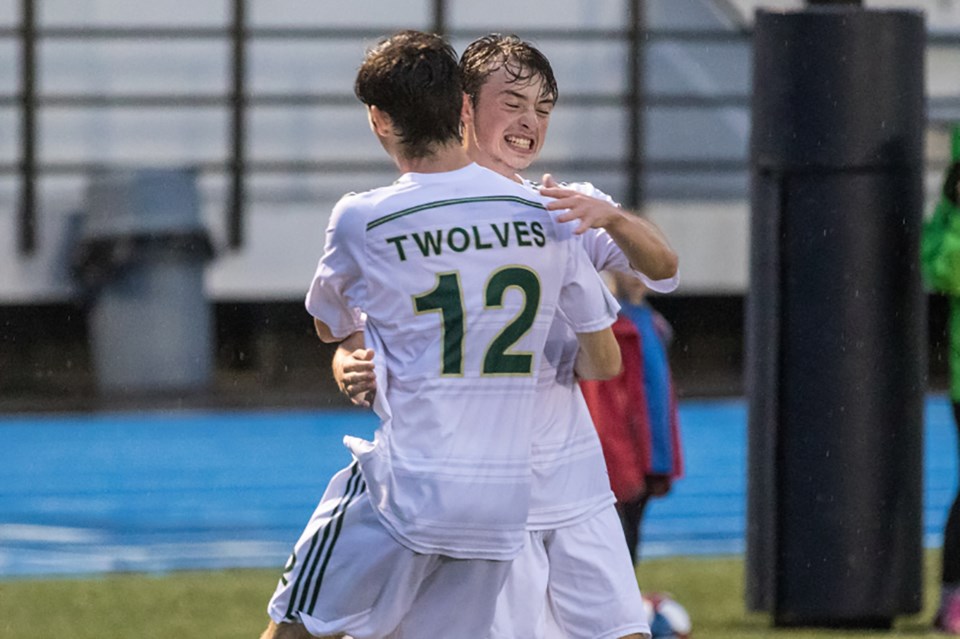 One player stood above the rest Friday night (Sept. 13) on the Prince George pitch.

His performance has been recognized by the Canada West conference and has subsequently been named the Third Star of the Week, becoming the first male Timberwolf to earn the honour this season.

“It’s clicking right now. I am slowing my game down a little bit and focusing on my game,” UNBC's Owen Stewart said in a team release following the win. “It’s just trust. I know the guys are going to be running and looking to score. It is starting to click and it feels amazing."

The men’s soccer squad sits fifth in the Pacific Division with a 3-3-1 record, currently riding a two-game winning streak.

This is the second week in a row a UNBC soccer player has caught the eye of Canada West with Sofia Jones earning Third Star honours last Tuesday (Sept. 10).

UNBC Timberwolves soccer is back in action this weekend with the women at home and the men on the road.

The ladies are hosting a pair of Alberta teams at Masich Place, facing the Lethbridge Pronghorns on Friday (Sept. 20) at 7 p.m. and MRU on Sunday (Sept. 22) at 12 p.m.

The men are in Edmonton taking on the Alberta Golden Bears Saturday (Sept. 20) at 1:15 p.m. Pacific and the MacEwan Griffins on Sunday at 1:30 p.m. Pacific.