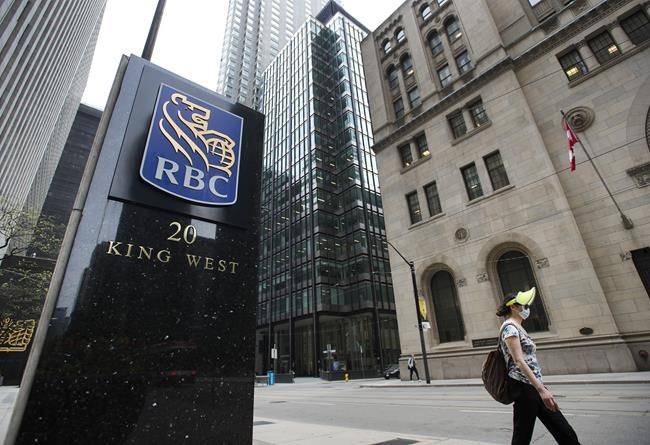 Three promising COVID-19 vaccine candidates may be driving stock markets higher and fuelling hopes for an economic rebound, but experts say Canada's major banks will continue playing it safe as they report earnings and wrap up their fiscal years this week.

"You're seeing stock prices react to potential improvements in the economy that you know are quite a ways out from now, but the banks live in the moment," said James Shanahan, a senior equity research analyst for North American financials at Edward Jones.

"The fact that the vaccine could come in six months or be available widely in nine months doesn't do a lot to help banks with some troubled loans or help stressed borrowers.”

Though Pfizer, Moderna and AstraZeneca have touted vaccines with efficacy rates above 90 per cent in trials so far, Shanahan believes banks won't be quick to bake those bright spots into their outlooks. Instead, the focus will remain on long-term resiliency when they unveil their fourth-quarter results.

The quarter marks the end of a topsy-turvy year that no one predicted 12 months ago.

When the COVID-19 pandemic began, financial institutions had to tear up their plans and start preparing for an economy where customers were losing their jobs and needing leniency with loans, with some even declaring personal bankruptcy.

Banks have put aside record-breaking amounts of money — at least $16.5 billion across the Big Six — to cover loan defaults.

Shanahan says that trend will start to ease.

"Because of the big reserve building that's already taken place, the big banks aren't going to need to provide for significant credit losses unless there is some big economic change in the material environment," he said.

CIBC analysts Paul Holden and Kevin Lai made similar predictions in a note to investors.

They believe provisions for credit losses — money banks set aside to cover bad loans — will decrease by 20 per cent quarter over quarter.

TD Bank Group, Bank of Montreal and Bank of Nova Scotia will likely see the largest drop in provisions because of the amounts they put aside in the previous quarter, they said.

The CIBC analysts forecast adjusted earnings per share will be down 2 per cent on average, compared to the previous quarter, though they noted Scotiabank and TD will see an increase due to the change in loan loss provisions.

Highlighting the difficulty of rating financial institutions' performance as a whole, Barclays analysts John Aiken, Joseph Ng and Aria Samarzadeh estimated earnings across all the Canadian banks would fall by 21 per cent year-over-year and anticipated a mixture of approaches to expenses.

“In what is typically an expense-everything-but-the-kitchen-sink Q4 to close out the fiscal year … we anticipate expenses could be lumpy and varied,” they said in a note to investors.

They are expecting a strong bounce back in 2021 but are keeping predictions for earnings growth in 2022 “fairly muted” because of the challenging conditions.

Travel, food, hospitality, retail and entertainment businesses have likely changed forever and even if government restrictions were to be lifted entirely, some people may still be hesitant to return to life as it were before the pandemic, the analysts said.

“With the biggest economic decline since the Great Depression, we maintain that the road to recovery remains uncertain and will take some time.”

This report by The Canadian Press was first published Nov. 29, 2020.