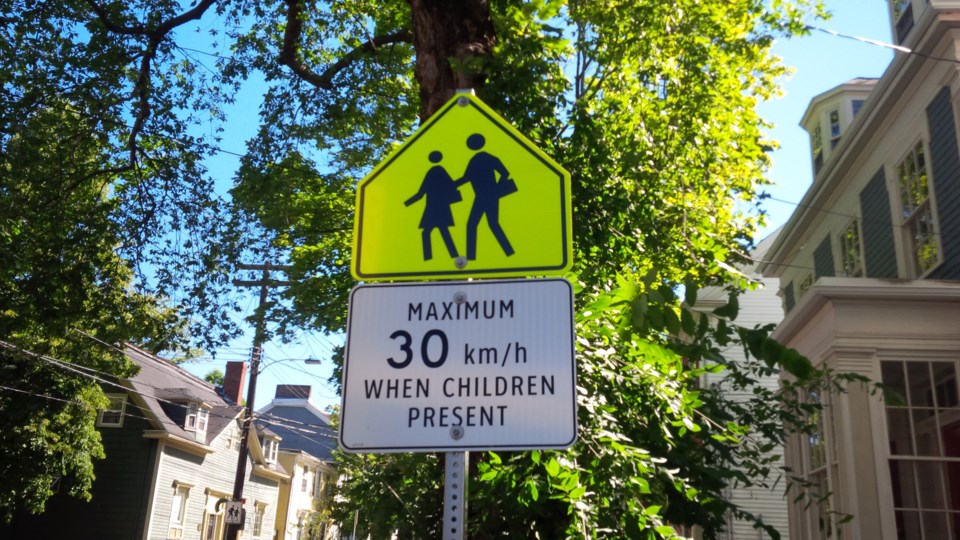 Last summer, Research Co. asked a representative sample of Canadians about driving habits in their municipality. The results were not particularly amusing. Half of Canadians said the people who drive vehicles in their city or town are “worse” than five years ago, and illegal behaviours – such as not signalling before a turn, not stopping at an intersection or cars turning from incorrect lanes – seemed rampant.

One of the nuisances that was not contemplated in that particular survey was speeding. In British Columbia, there have been discussions about the speed limits on highways, as well as what to do with so-called “left-lane hogs” who forget to move aside after they pass another vehicle.

Still, there has been little research on residents’ perceptions of people who speed in their neighbourhood. We are quick to recall the noise from revving motorcycles and souped-up vehicles, but speeding can also be a problem in residential areas, especially when distracted drivers do not realize that children may be playing or a person is crossing the street.

When Research Co. asked British Columbians recently about their neighbourhood, only 16 per cent said they “never” see cars they believe are speeding on the street where they live.

More than two-in-five British Columbians (42 per cent) say drivers ignore the speed limit on their street “at least once a day.” The statistics are particularly troubling in the Fraser Valley and Northern B.C., where 54 per cent and 50 per cent of respondents respectively acknowledged that speeding cars next to their homes are a daily occurrence.

Metro Vancouver emerges as a relatively calm area, with 39 per cent of residents saying they experience speeding on their street at least once a day – the lowest proportion in British Columbia. In any case, it is the City of Vancouver that will be first to experiment with some changes to existing guidelines that could become a role model for other municipalities.

Last month, a motion submitted by City of Vancouver Councillor Pete Fry was approved. Vancouver will introduce a pilot project that will reduce speed limits to 30 km/h (from the current 50 km/h) on select residential streets. Vancouverites will know more about what the pilot project will look like in September.

In a city council that has had its share of differences over specific policies, Councillor Fry’s proposal passed unanimously. The early reaction to it in all areas of the province is positive. Two-thirds of British Columbians (66 per cent) think the pilot project in Vancouver is a “very good” or “good idea”.

There is also a majority of residents (58 per cent) who express a wish for their own municipality to “definitely” or “probably” consider reducing speed limits onselect residential streets. Three groups are ahead of the province-wide average on wanting action to deal with speeders near their homes: women (63 per cent), residents aged 35 to 54 (62 per cent) and those who live on Vancouver Island (60 per cent).

Vancouver city council is expected to eventually present the motion to the Union of British Columbia Municipalities (UBCM) to figure out if province-wide modifications are warranted. At this point, public opinion is on the side of this change. It will be imperative to track if the needle moves as some Vancouverites begin to experience cars driving in their neighbourhood at a slower speed.

However, as is the case with any other law, every good wish can be hampered if the people at the wheel are not willing to change their ways. Last year, we saw just how many drivers across the country and in British Columbia are not dutifully following the rules of the road. It will take more than appropriate signage to ensure that the speed limits, current or future, are enforced.

Results are based on an online study conducted from May 26 to May 28, 2019, among 800 adults in British Columbia. The data has been statistically weighted according to Canadian census figures for age, gender and region in British Columbia. The margin of error – which measures sample variability – is plus or minus 3.5 percentage points, 19 times out of 20.