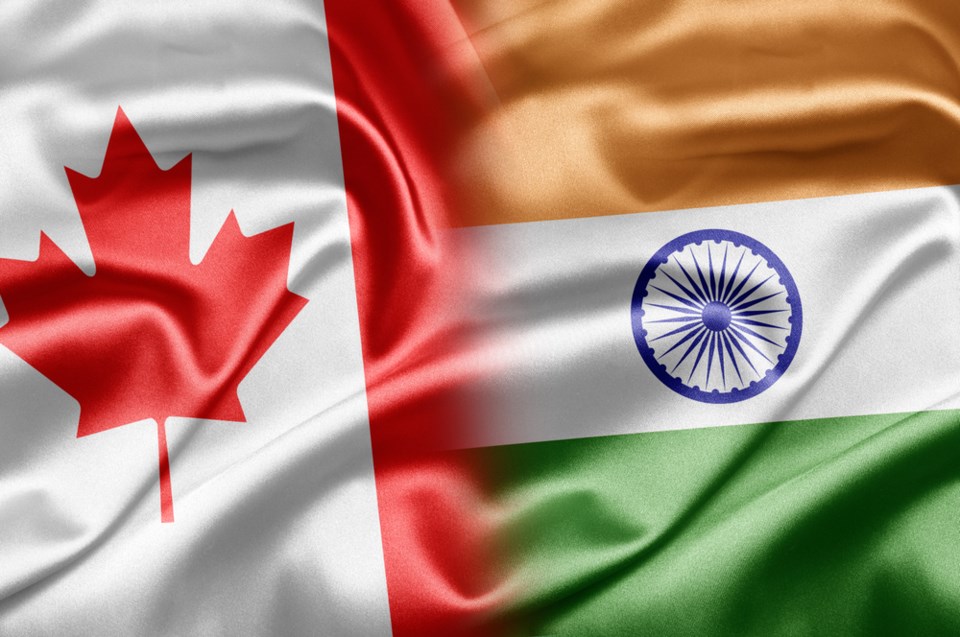 Flags of Canada and India. (via File photo)

While Canada and India’s top officials agree that the two countries should maximize their bilateral trade and economic relationship, Ottawa appears to be much more enthusiastic about pursuing a free-trade agreement (FTA) than New Delhi does.

The divide was readily apparent during this month’s Canada-India Track 1.5 Dialogue, a virtual summit hosted by the Ontario think tank Centre for International Governance Innovation (CIGI).

The event placed Canadian Foreign Affairs Minister François-Philippe Champagne and Indian External Affairs Minister Subrahmanyam Jaishankar in a roundtable discussion about trade between the two countries. Champagne, citing his previous role as the federal international trade minister, said he felt “the stars are aligning” for an FTA.

But Jaishankar said he did not know if “the stars are aligned or not. But I also know the saying that it’s not over until the fat lady sings. So no negotiation is done until it’s done.… There is a complementary [nature] between Canada and India; if you look at where the economic fit is, that is much stronger than where there’s competitive overlap.”

Canada’s friction with China – driven in large part by the arrest of Huawei Technologies Co. Ltd. CFO Meng Wanzhou in Vancouver in 2018 and spurring the detention of two Canadian citizens in China as retaliation – has brought Canadian industry’s reliance on the Chinese market into sharp focus.

With the COVID-19 pandemic and worsening U.S.-China relationships creating new concerns about supply-chain security worldwide, many observers naturally looked to India – a democracy with a population almost as big as China’s – as a potentially more secure partner in business and trade.

“In a post-COVID world, I think the resilience of a supply chain is going to trump efficiency,” Champagne said at the roundtable. “When you look at Canada and India, whether it’s about the security of supply chains, the quality of products and traceability when it comes to food, I think there’s something there.”

Renewed public interest in a closer Canada-India trade agreement was also sparked by the signing of the Regional Comprehensive Economic Partnership (RCEP) this month.

RCEP is a trade-bloc rival to the 11-nation Trans-Pacific Partnership that left both New Delhi and Canada on the sidelines of a free-trade zone encompassing China, Japan, South Korea, Southeast Asia, Australia and New Zealand.

Jaishankar noted that India rejected the RCEP for the same reason it may give expanded trade with Canada another look.

He said, India’s reluctance to open its domestic market to a flood of Chinese products competing with Indian manufacturers has been well publicized.

“I think a lot of our issues with RCEP came because there were competitive areas where our concerns have not been taken into account,” Jaishankar noted. “So I would think, for me as a foreign minister, concluding [talks] with Canada would be a major goal.”

According to Global Affairs Canada, Ottawa began formal FTA negotiations with India in 2010. There have been nine rounds of negotiations, but nothing has taken place officially since March 2015.

There were high hopes in 2018 when Canadian Prime Minister Justin Trudeau visited India, given the South Asian nation’s massive plans to develop smart cities, build up rural infrastructure and digitize its economy under the watch of Trudeau’s Indian counterpart, Narendra Modi.

However, most observers agree that the visit was filled with missteps.

There was also the presence of Surrey businessman Jaspal Atwal on the trip, which triggered the sensitive topic of fundamentalist Sikhs and their relationship with a nationalist Hindu government under Modi. Sikhs make up more than a third of the Indian diaspora in Canada.

On the business side, Champagne said one of the key challenges for Canada has been negotiating a foreign-investors protection act that would complement a free trade deal. Such an agreement would set up dispute-settlement mechanisms for Canadian companies doing business in India (and vice-versa) if they come into friction with local players.

It’s an essential element of protection in a market like India where regional authorities and different jurisdictions create a web of regulatory hoops for foreign businesses to jump through.

“What I heard from businesses Canada is that there is a desire for investments,” Champagne said. “Some of these big institutional investors’ risk committee would say that – unless there’s some sort of protection mechanism in place, it’s very difficult to do more.”