Canada plans $3.6B in retaliatory tariffs on U.S. in aluminium dispute 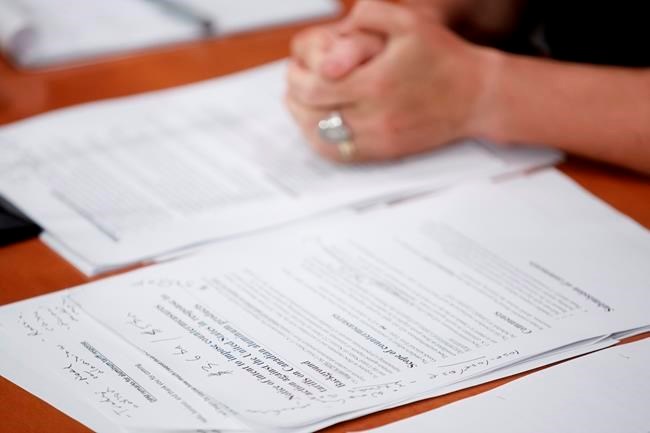 Deputy Prime Minister Chrystia Freeland says Canada will hit back against U.S. tariffs on Canadian aluminum with $3.6 billion in tariffs of our own.

Freeland says the tariffs will match dollar-for-dollar the costs of the planned 10 per cent import tariff on Canadian raw aluminum that will apply starting Aug. 16.

President Donald Trump says Canada broke a promise not to flood the U.S. market with aluminum, an accusation the federal government and Canadian aluminum producers say is completely false.

"The first casualties, the first victims, of these tariffs will be Americans themselves. That's what's so unfortunate about all of this," Freeland said Friday in Toronto.

Freeland says Ottawa has a long list of U.S. products containing aluminum to possibly target for the retaliation, including washing machines, golf clubs and exercise equipment.

She says the government will spend the next 30 days consulting with the domestic industry to determine which items on the list will end up being targeted.

The goal is to inflict the least damage on Canada while having the "strongest possible impact" on the United States, Freeland says.

The U.S. previously imposed the same tariff between June 1, 2018, and May 17, 2019, along with a 25 per cent import tariff on Canadian steel. Canada retaliated with $16.6 billion in tariffs on U.S. products, including ketchup, ballpoint pens, licorice, orange juice, whisky and toilet paper.

Jack Mintz, president's fellow in the School of Public Policy at the University of Calgary, said retaliatory tariffs are politically attractive, but may wind up hurting this country as much as they do the United States.

He said the U.S. tariffs are opposed by some members of the aluminum industry in the U.S. and Canada should work with those allies to try to head off such anti-free-trade moves. He also noted that Trump and Democratic challenger Joe Biden are both promoting "U.S.-first" policies as they try to enlist voter support.

"I think we're into a world where there's going to be increased protectionism by countries," said Mintz.

"I think this aluminum (tariff) is a good example of that kind of minefield ... Canada's going to have to work very hard to make sure it maintains its access to the U.S."