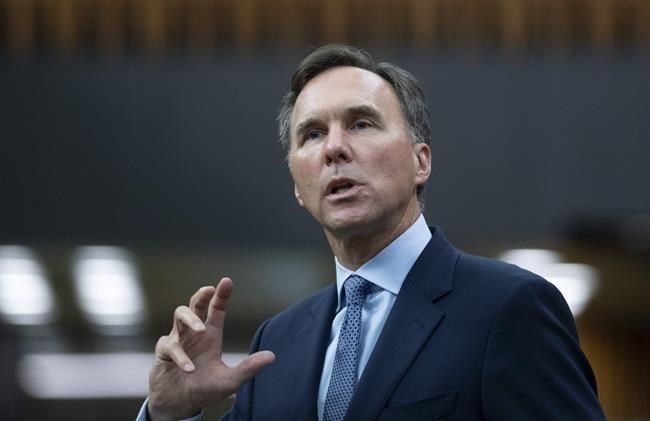 Finance Minister Bill Morneau will outline today (July 17) how the federal government is reshaping its emergency wage-subsidy program that has been extended to the end of the year.

The program is the heart of the Liberals' promise to help Canadians get back to work, even if has to be at a slower pace, as the pandemic wanes.

Morneau's fiscal update last week boosted the budget for the program to $82.3 billion from $45 billion in a sign of impending changes.

He has scheduled a news conference this afternoon at a restaurant in Toronto to make the announcement Prime Minister Justin Trudeau teased Thursday (July 16).

The government has been under pressure to ease eligibility rules, specifically around the requirement of a 30 per cent drop in revenues, so more companies under that cut-off can qualify.

The most recent federal figures for the program show the government has given almost $20.4 billion in payroll help to about 262,200 companies.