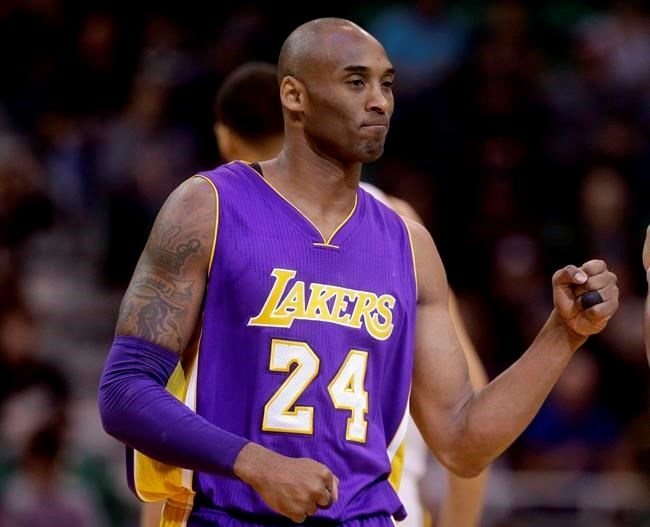 Jay Triano remembers the day Kobe Bryant explained why he wore No. 24.

"It represented the number of hours in a day, and that's what it would take to be the best," Triano said.

Triano reminisced with a heavy heart about Bryant on Sunday, shortly after news broke that the legendary Los Angeles Lakers guard and his 13-year-old daughter Gianna, had died in a helicopter crash at the age of 41. Authorities said nine people were on the helicopter and that all were presumed dead.

Triano was on the U.S. men's coaching staff in 2008, and both Bryant's words and his work ethic made lasting impressions on the former Canadian national team coach and player.

"We shared the bus rides to and from practice, and he talked about how he wanted to be the best player in the world," said Triano, now the lead assistant coach for the Charlotte Hornets. "He knew the game. Went back at night to practise shooting on his own with (coach) Johnny Dawkins. (I) went one night to watch it was crazy how hard he worked in an empty gym.

"His daily routine was yoga/pilates, weights, practice, go back and work on his own, and repeat the next day. He raised the level for even the best player on the national team when they saw what the best in the world would do and how driven he was."

Triano was an assistant with the Toronto Raptors when Bryant dropped an eye-popping 81 points on the Raptors in L.A. Bryant's outburst on Jan. 22, 2006 stands as the second most in NBA history, behind Wilt Chamberlain's 100 on March 2, 1962.

Longtime broadcaster Chuck Swirsky said nothing he's seen in his four decades of broadcasting has compared.

"It was really the most remarkable event I've ever called, to see one man take on five players," said Swirsky, who was the play-by-play announcer for the Raptors at the time. "That's exactly what it was on that Sunday night at Staples Center in Los Angeles. Kobe Bryant was a one-man wrecking crew.

Bryant was an 18-time NBA all-star who won five championships and became one of the greatest basketball players of his generation during a 20-year career with the Lakers.

He retired in 2016 as the third-leading scorer in NBA history, finishing two decades in Los Angeles as a prolific scorer with a sublime all-around game and a relentless work ethic. He held that spot in the league scoring ranks until Saturday night, when the Lakers' LeBron James passed him for third place during a game in Philadelphia, Bryant's hometown.

"It's a sad day for basketball and for everyone," Triano said. "Just so sad."

For Swirsky, Bryant's legendary performance against the Raptors was a seminal moment in an all-time career.

"He was not a big man. He was not Wilt Chamberlain, who was seven-feet tall, who scored 100 which is crazy to begin with, and total respect to Wilt Chamberlain, but we're talking about a man that was 6-6, 6-7, maybe," said Swirsky, who is now an announcer for the Chicago Bulls. "It was just a remarkable achievement."

Bryant trolled former Raptor Jalen Rose in a comical ad for Rose's ESPN TV show "Jalen vs. Everybody" in 2017. Bryant spotted Rose in a restaurant, and Rose stopped to acknowledge Bryant with a fake smile. Bryant orders a vodka martini, the waiter asks him how many olives, to which Bryant responds: 81. The two retired players glare at each other for several seconds before Bryant laughs and says: "Nah, I'm playing. Just two. It's a joke for (Rose)."

Bryant had one of the greatest careers in recent NBA history and became one of the game's most popular players as the face of the 16-time NBA champion Lakers franchise. He was the league MVP in 2008 and a two-time NBA scoring champion, and he earned 12 selections to the NBA’s All-Defensive teams.

The worlds of sports and entertainment mourned Bryant's death on Sunday. A moment of silence was observed at a pre-broadcast portion of the Grammy Awards in Los Angeles.

Canadian rapper Drake posted a photo of a custom-made leather jacket honouring Bryant that he wore to the 2016 NBA all-star game in Toronto. That all-star game was the last of Bryant's career before he retired at the end of the season. The caption on Drake's Instagram post read "It can't be."

Canadian singer Justin Bieber also eulogized Bryant on Instagram, posting a photo of an adolescent Bieber with Bryant standing beside him.

"It can't be. You always encouraged me mamba. Gave me some of the best quotes that we smile about to this day! Love you man!" said Bieber's caption.

A moment of silence was held before the Toronto Raptors played the San Antonio Spurs in Texas on Sunday afternoon. Former Raptors forward DeMar DeRozan, who's been vocal throughout his career about his close friendship with and respect for Bryant, met with former teammates Kyle Lowry, Norman Powell, Fred VanVleet and OG Anunoby before tipoff. They spoke and shared a warm embrace.

DeRozan, who played for the Raptors for nine seasons, told ESPN in 2016 about Bryant's influence on his game.

"Kobe had an aura around him when he was on the court; he intimidated all of us. I was inside a video game," said DeRozan, a native of Compton, Calif.

"I'd watched him growing up. I watched Kobe do everything. His shot. His footwork. How he works in the post. Everything growing up was Kobe. I tried to emulate the tough shots he took, his pump fake. There's nothing you can show me that Kobe has done on a court that I don't know about or have tried. I practise almost all of them."

The Raptors gained possession on the opening tipoff Sunday but dribbled down the 24-second shot clock, in honour of Bryant's No. 24. The AT&T Center crowd rose to its feet chanting "Ko-be! Ko-be!" After the ball was turned over on a shot-clock violation, the Spurs also held the ball for 24 seconds in tribute to Bryant. Raptors guard Lowry and Spurs head coach Gregg Popovich shook hands before play began in earnest.

"You can tell there's an emptiness now here in this building, it's surreal," Raptors broadcaster Matt Devlin said on the pre-game broadcast.

"It's obviously very difficult (to play)," said Canadian TV commentator Leo Rautins. "If anything you embody yourself in a Kobe Bryant spirit, and that's a guy who would compete through anything. His compete level was off the charts. How do you compete, that's a great question. A lot of players are devastated, he's had a tremendous impact on a lot of the young generation of the NBA, you talk about his peers, he's got so much respect from everybody."

NHL great Wayne Gretzky was one of many prominent Canadians to pay tribute to Bryant on social media.

"Janet (his wife) and I have no words to describe our shock and sadness on the tragic passing of Kobe Bryant today. Praying for him and his family," said Gretzky, a star with the Los Angeles Kings before the arrival of Bryant with the Lakers in 1996.

"My heart is broken for Kobe and his family. I’ll never forget the battles but what I really admired was the father he was to his girls," Nash said.