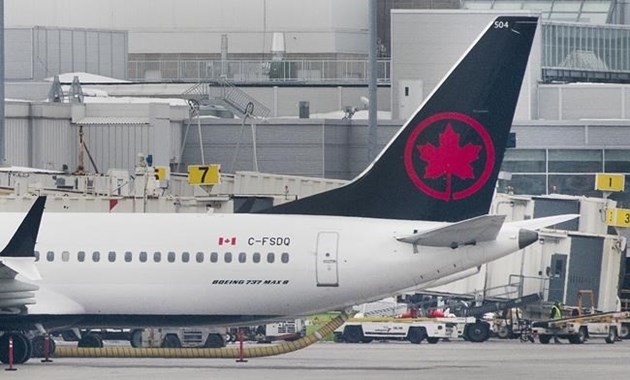 Canada's two biggest airlines are taking different tacks to stow their Boeing 737 Max 8s as the aircraft's drawn-out grounding continues to cause turbulence in the flight industry.

Air Canada says it is mulling banishing its two-dozen Max 8s to the desert, where the hot, dry conditions keep corrosion by rain, snow, sleet and ice at bay.

WestJet Airlines Ltd. says it has no plans to park its 13 Max 8s — which it has scrubbed from its schedule until November — south of the border. The planes are languishing in its Canadian hangars, where they receive regular maintenance checks and have their engines run once a week.

The contingency arrangement adds another wrinkle to the plans of airlines blown off course by the Max 8 grounding, prompted after two crashes in October and March that killed 346 people, including 18 Canadians.

WestJet chief executive Ed Sims told The Canadian Press in a recent interview the loss of the narrow-body jetliner has had a "substantial negative impact" on the airline, forcing the airline to cut its routes and ramp up fuel spending.

Sunwing Airlines Inc., which has four Max 8s, said Thursday the absence — which will continue at least until mid-May 2020 — has forced it to cancel or change flights for passengers "and may have caused them an inconvenience" after the airline contracted third-party carriers.