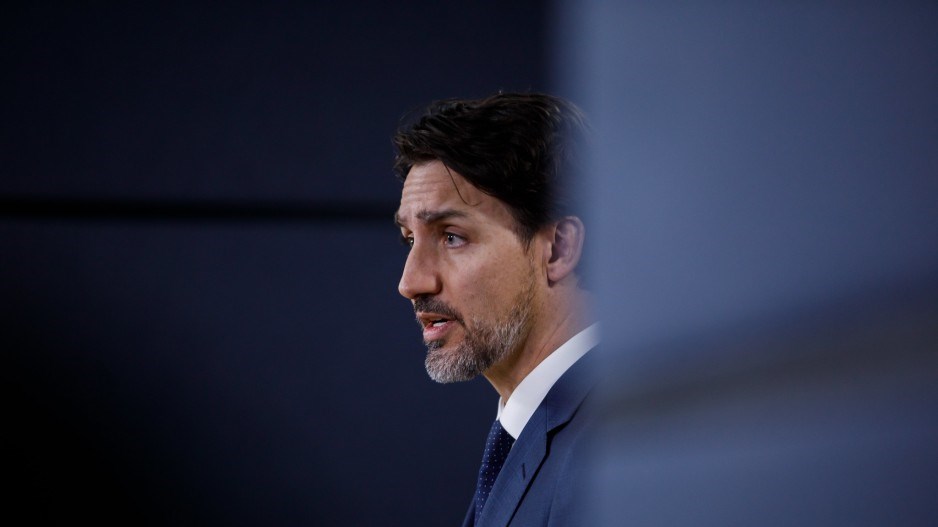 The federal government will permit “limited exemptions” to immediate family members of Canadian citizens and permanent residents to visit the country and reunite with loved ones.

The move comes as international borders remain closed for the most part in a bid to keep COVID-19 from emerging from other countries.

The announcement from Trudeau marks his first media availability since taking part in Friday (June 5) demonstrations in Ottawa in which he at one point kneeled down in solidarity with protesters.

Mass protests have unfolded across North America and many parts of the world following the death of unarmed Black man George Floyd during a confrontation with Minneapolis police late last month.

“It was important for me to be there to hear,” Trudeau said, when pressed about whether his presence went against advice from health officials urging Canadians to stay home when possible to diminish the threat of COVID-19.

“I, as best I could, followed social distancing measures.”

The federal government is now considering equipping members of Canada’s police forces with body cameras to help address concerns with law enforcement and systemic discrimination, according to Trudeau.

The prime minister confirmed he has already broached the possibility with RCMP Commissioner Brenda Lucki and they both agree it makes sense moving forward.

While the federal government has jurisdiction over the RCMP, Trudeau said discussions will need to continue with the provinces to ensure body cameras could also be deployed in municipal and provincial police forces.

The prime minister said there might be logistical and economic issues to address in terms of the strategy but those concerns are not necessarily substantial.

“Body cameras [are] a significant step towards transparency and we’re, as I said, going to work on that this week,” Trudeau said, adding the government would also be examining review structures and oversight over police.

Calls for significant changes to how police budgets are distributed have been growing over the past week, with some advocates pushing the concept of defunding the police.

The concept has a wide range of meanings, but broadly speaking it refers to reallocating police budgets to address systemic causes behind crime, such as through initiatives that would assist with poverty and education.

When asked if he would also be willing to review the RCMP’s budget amid efforts to address systemic discrimination in Canada, Trudeau did not outright nix the idea but said there is always a need to review every public dollar spent.