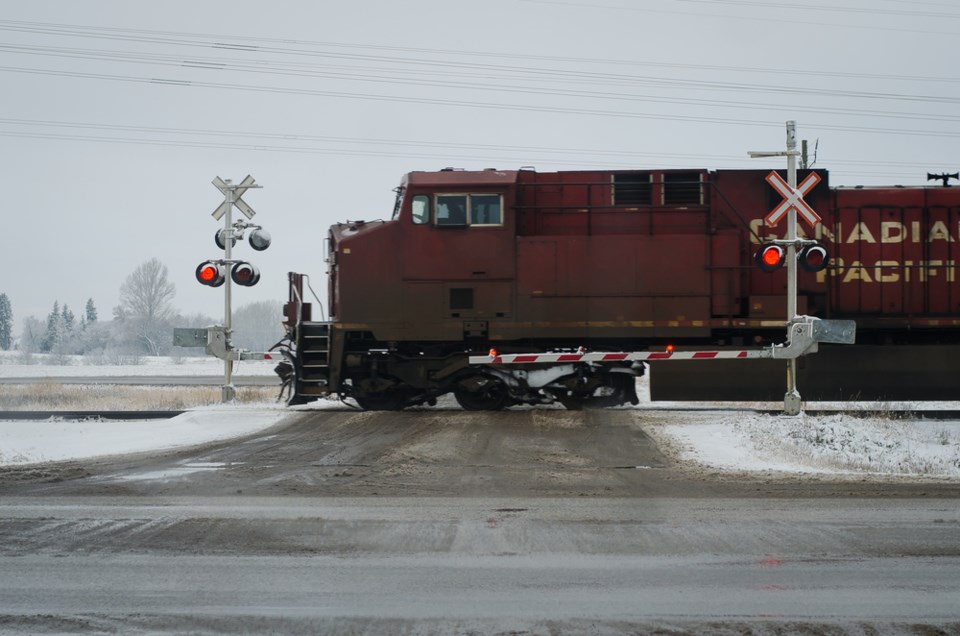 A stock photo of a CP train. (via Shutterstock)

A Canadian Pacific worker has died in the company's rail yard in Port Coquitlam, B.C.

The Transportation Safety Board was notified of the incident shortly before midnight on Monday night.

Spokesman Dean Campbell says investigators are gathering information before determining their next steps.

The BC Coroners Service says the man who died was in his 50s and from Mission.

Canadian Pacific spokesman Andy Cummings says the company is offering counselling to the family and other employees.

He says in a statement that an investigation is underway but no further details are being released at this time.

"The company's deepest sympathies go out to the employee's family, friends and colleagues," Cummings says.