Cannabis growers not eligible for carbon tax rebate in B.C.

The relief grants return 80 per cent of the carbon tax that commercial greenhouse growers of eligible crops have paid on natural gas and propane
Feb 11, 2019 11:05 AM By: Glacier Media 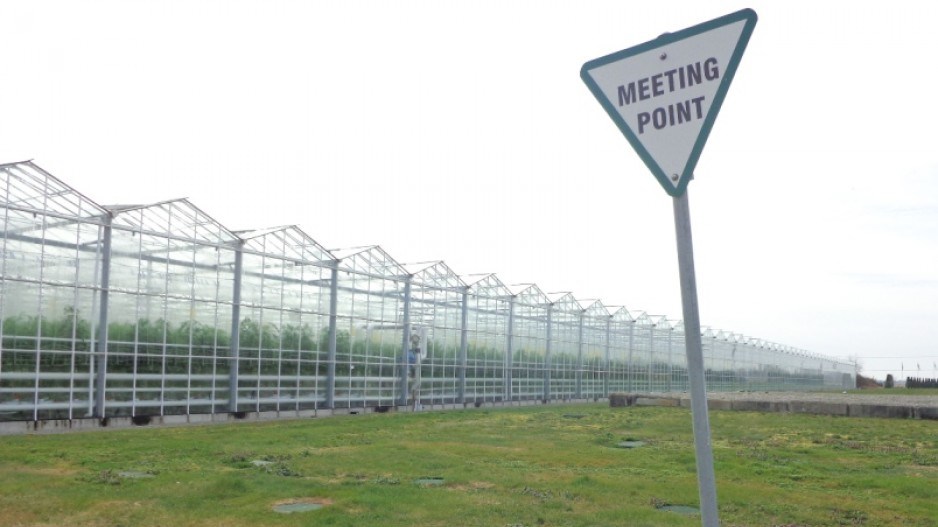 Here are some of Village Farms' greenhouses. The company is one of many that is shifting production towards cannabis and away from other crops. (via Business in Vancouver)

B.C. cannabis growers are finding themselves excluded from government subsidies that growers of other crops enjoy.

The B.C. government announced Feb. 11 that cannabis is not an eligible crop for carbon tax relief grants at any phase of production, including propagation. Business in Vancouver asked the Ministry of Agriculture why that is but was not able to get an immediate answer.

The grants return 80 per cent of the carbon tax that commercial greenhouse growers of eligible crops paid on the natural gas and propane they used for greenhouse heating and CO2 production in 2018.

Commercial producers of B.C. vegetables, ornamental flowers and plants, forest seedlings and nursery plants are eligible to apply for the grant, providing that, in 2018, they:

Applications for carbon tax relief grants for the 2019 production year for eligible commercial greenhouse operators are now open and will be accepted until March 29, 2019, according to the government.

The greenhouse sector supplies British Columbians with fresh vegetables for about 10 months of the year on about 300 hectares of land, according to government statistics.

More than 100,000 tonnes of greenhouse vegetables are grown per year, including tomatoes, peppers, cucumbers, eggplants, lettuce and others. B.C.'s floriculture and nursery industries grow more than 80 million cut flowers and over 50 million potted plants a year.

The Ministry of Agriculture expects the processing and completion of applications, and the grants to be issued, by June 2019.

Can cannabis help with opioid addiction?
Nov 30, 2018 12:03 PM
Comments
We welcome your feedback and encourage you to share your thoughts. We ask that you be respectful of others and their points of view, refrain from personal attacks and stay on topic. To learn about our commenting policies and how we moderate, please read our Community Guidelines.