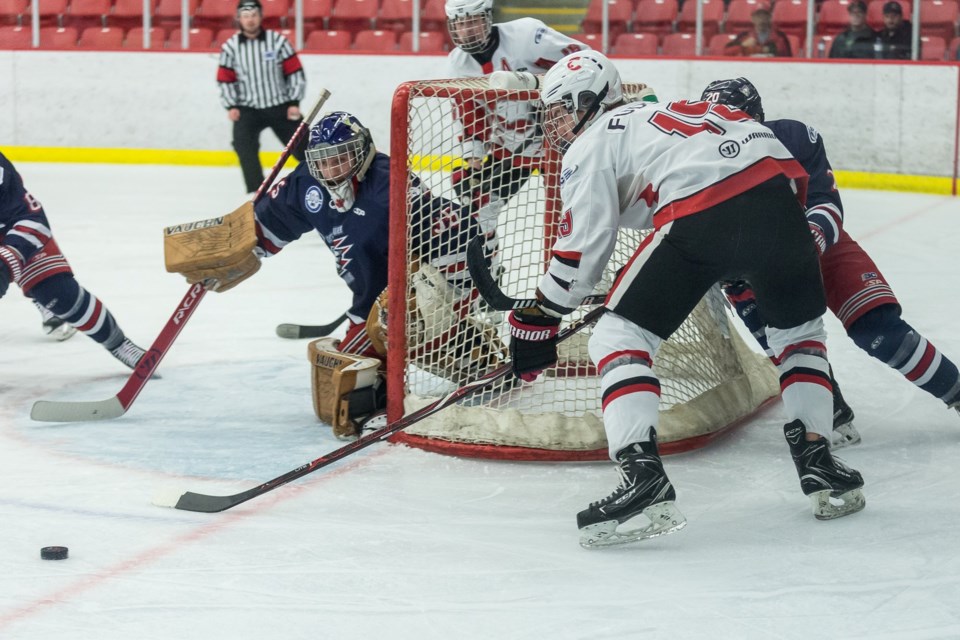 One of the top scorers on Prince George’s top major midget hockey club this past season is moving up into the Junior ‘A’ ranks.

Cariboo Cougars’ graduating player Brett Fudger has signed with the Vernon Vipers to start his B.C. Hockey League (BCHL) career in the Fall for the 2019-20 season.

The 17-year-old skated for the Major Midget Cats for two seasons that included two trips to the B.C. Major Midget Hockey League (BCMML) Finals and winning the 2018-19 title back in April.

He added six more points in the playoffs en route to the 2019 championships, which included five goals.

Altogether, the Prince Rupert product accumulated a career record of 57 points in 77 games with Cariboo.

The Vernon Vipers lost to the Prince George Spruce Kings in the BCHL Fred Page Cup Finals after finishing fourth in the Interior Division in the 2018-19 season.

Cariboo Cougars’ second title in three years is one step closer to National Championship
Apr 1, 2019 9:49 AM

Cariboo Cougars advance to fifth straight league final
Mar 25, 2019 10:08 AM
Comments
We welcome your feedback and encourage you to share your thoughts. We ask that you be respectful of others and their points of view, refrain from personal attacks and stay on topic. To learn about our commenting policies and how we moderate, please read our Community Guidelines.