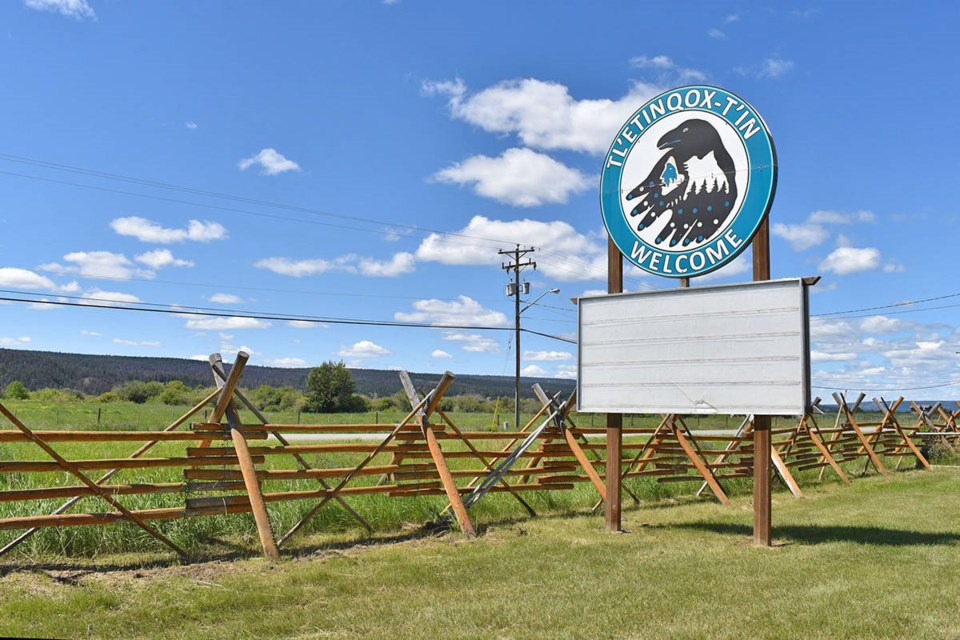 The Tl’etinqox Government predicts COVID-19 cases in its semi-remote community west of Williams Lake could soar to 60 or more by the end of the week.

“There are currently 12 cases in the community with a prediction of up to 60 or more.”

Tl’etinqox Chief Joe Alphonse, who is seeking re-election, could not be reached for immediate comment.

Positive cases have been identified in every Indigenous community in the Chilcotin.

A local state of emergency remains in effect until Feb. 5 at Ulkatcho First Nation with non-members prohibited from entering the community.

“Everyone will be issued a permit to place on their dashboard, and we have implemented a curfew from 9 p.m. until 6 a.m.,” Chief Lynda Price said in a Jan. 14 Facebook video.

“Individuals do not have to reveal this information, and it takes courage due to the stigma surrounding this virus,” said Tsideldel Chief Otis Guichon in a Jan. 14 Facebook video, praising a positive member for being transparent.

A lockdown went into effect at Yunesit’in on Jan. 13.

Xeni Gwet’in is anticipated to enter a full lockdown for 14 days after the first rollout of the Moderna vaccine is complete today (Jan. 19).

Full lockdowns will result in only essential services entering and leaving the community, with members who leave without authorization not being allowed re-entry until the lockdown is lifted.

Informational checkpoints are active at Tl’esqox (Toosey) where Chief Francis Laceese said he is aware of at least two positive cases.

“We do have a lot of members who live in Williams Lake and hopefully, the vaccine will happen for them sooner than later,” Laceese said.