One incident involved a shoplifter threatening a staff member with a needle
Oct 28, 2019 2:52 PM By: Hanna Petersen 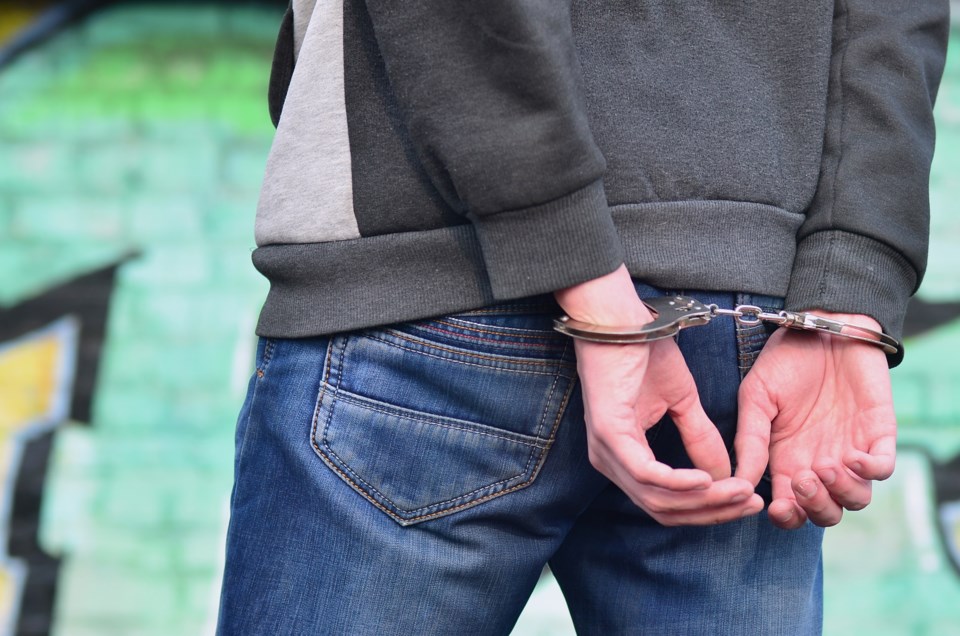 The Prince George RCMP say they were kept busy last Wednesday (Oct. 23) on what is sometimes called “cheque day” when monthly income assistance payments are issued.

The RCMP's Downtown Safety Unit (DSU), with the assistance of the general duty section, made 13 arrests and issued 14 violation tickets in downtown Prince George.

Here’s what kept the Prince George RCMP say kept them busy throughout the day:

Just after 8 a.m. a member of the DSU observed a female smoking drugs near the corner of 10th Avenue and Brunswick Street.

The 38-year-old, who has been the subject of no less than 17 police investigations so far this year, was arrested for drug possession.

Police say the investigation is continuing.

Then just before 9 a.m. members DSU located and arrested a 33-year-old individual who was wanted for a robbery that occurred the day before at a business on Austin Road in Prince George.

The day prior (Oct. 22) police say a staff member from the Austin Road business confronted a shoplifter who then pulled out an uncapped needle and threatened the staff member.

The accused then fled and police were called.

Through investigation, the identity of the suspect was obtained, leading to the arrest Wednesday morning. The accused has been charged by the BC Prosecution Service with Robbery and Fail to Comply with Recognizance. The individual has been remanded in custody and will appear in court on October 30th.

Police say they have had more than 40 negative contacts with this person so far in 2019.

At about 10:15 a.m. members of the DSU conducted a roadside check of a vehicle near Ninth Avenue and Vancouver Street.

A 47-year-old male and 24-year-old female were arrested for possession of a Weapon for a Dangerous Purpose after officers located bear spray in the vehicle.

A stolen credit card, a quantity of methamphetamine, break and enter tools and other weapons were also located in the vehicle.

Police say the investigation into this is continuing.

At about 12 p.m. members of the DSU attended a second floor apartment on the 1400-block, 3 Ave. in an attempt to locate 26-year-old Johnny James Boys, who was wanted on arrest warrants.

Shortly after knocking on the apartment door and announcing "police", Boys was seen fleeing from the exterior window of the apartment onto an adjacent roof.  Frontline officers soon followed suit.

Boys was then located hiding in a ventilation shaft on another roof and was arrested.  During the search incidental to arrest, Boys was found in possession of a significant amount of cash, cocaine and methamphetamine.

Then just after 12 p.m. a member of the DSU observed a 59-year-old man who was consuming an open can of liquor near the corner of Third Avenue and Dominion Street. The man was intoxicated and subsequently arrested.  Police computer checks found the male was wanted on an outstanding arrest warrant from another community for sexual assault.  The man was held in custody until sober and then released on a Promise to Appear on the sex assault charge.  As directed by law, police had no choice but to release him with a court date.

Then just before noon the next day (Oct. 24), the same male was found consuming alcohol near the intersection of 10th Avenue and Victoria Street.

He was once again arrested and lodged until sober. Police say so far in 2019, this man has been lodged into cells 12 times for being drunk and unable to take care of himself.

Just before 1 p.m., two frontline officers were on patrol near Second Avenue and Quebec Street when they observed an adult male smoking cannabis at a bus stop.

He was issued a violation ticket under the Cannabis Control and Licensing Act.

The 33-year-old male, however, was also found to have an outstanding arrest warrant for failing to comply with probation from another community.  He was arrested and later released on a Promise to Appear in court at a future date. Police say again they had no choice but to release him with a court date, as directed by law.

Since moving to Prince George this summer, this man has had four negative contacts with police.

At about 2:40 p.m., a member of the DSU recognized 45-year-old Crystal Arndt, who had an arrest warrant for failing to comply with probation.

She was arrested and held overnight for court the next day.

She was released and is scheduled to make her next appearance in court on Nov. 13.

At about 3:45 p.m. the Prince George RCMP received a report of shoplifting that had just occurred from a retail business near 15 Avenue and Victoria Street.  Frontline officers attended and located the suspect on Redwood Street.

The 29-year-old man was found in possession of items from the store.

Police say the staff from the business refused to provide a statement to police, resulting in the suspect being released without charge.

Then at about 5:10 p.m., the same male was observed consuming drugs near the corner of Second Avenue and George Street.  He displayed clear signs of impairment and was arrested and lodged in cells until sober.

At about 3:30 p.m. the next day (Oct. 24) , the same man was the subject of a report to police at the library. The man had passed out and refused to leave when woken but when police arrived, the man was compliant and able to care for himself.

The next day (Oct. 25) police received another report about the same man who was once again at the library. When security asked the man to leave, he became aggressive and assaulted a security guard.

Officers located the suspect and arrested him for assault and mischief. Charges have not yet been approved but police say the investigation is continuing.

Police say this man has been the subject of 29 police investigations in 2019 with most relating to drugs and/or property crime.