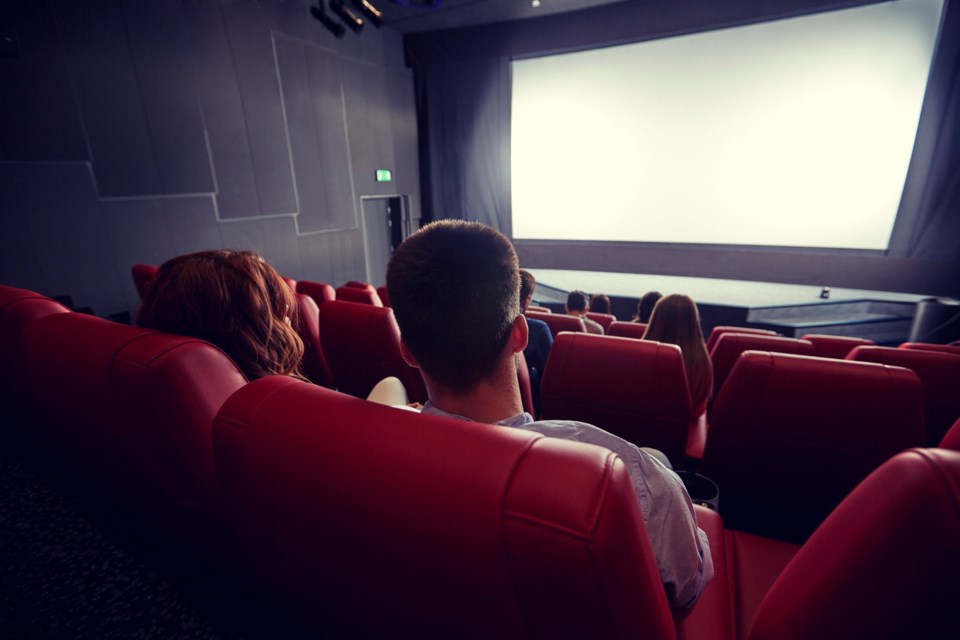 If you’re tired of seeing the same old superhero movies at the movies and want something a little different, you’re in luck because it’s time for the annual Cinema CNC Film Festival.

The 23rd annual event hosted by the College of New Caledonia (CNC) is right around the corner. The festival begins March 1 and it’s your one and only opportunity to see eight Canadian films on the big screen at the Prince George Playhouse.

There’s also going to be cheap snacks, a silent auction and prizes! You can check out one or two movies that interest you, get a day pass and see a few, or get a festival pass and catch all eight.

This is the first feature film ever made entirely in the Haida language, which is critically endangered and spoken by fewer than 20 people. The film is set in Haida Gwaii in the 1800s, and is the tale of a classic Haida story.  A man named Adiits’ii is at an annual fishing camp, when a storm hits and he becomes estranged from the group. Presuming him dead, they return to their winter home without him. Adiits’ii creeps deep into the forest and begins his ominous transforma- tion into a Gaagiid/ Gaagiixiid — the legendary Haida Wildman.

A teenager named Franky’s life was altered when his father (Kyle MacLachlan, television’s Twin Peaks) left his mother for a man. Franky’s now left confused and feeling like he needs to figure out his own sexuality. When a wild party ends up in a way none of them could have expected, Franky and his friends are forced to decide what kind of people they want to be. Giant Little Ones is described as a sensitive and touching look at that point in adolescence when freedom ins both intoxicating and terrifying.

Mourning the recent death of her father, a young woman named Sarah leaves her adoptive home of Montreal to visit her paternal grandmother, Magda, in a sleepy village in rural Uruguay. Sarah and her parents left Uruguay over a decade ago and never returned. Driven by childhood memories, she hopes to renew her relationship with Magda and with her birthplace.  The film won the 2018 City of Toronto Award for Best Canadian First Feature Film at the Toronto International Film Festival.

This is a documentary about industrialization and extraction. Some scientists have argued that the Holocene Epoch — the nearly 12,000-year period since the last Ice Age — has ended, and we have now entered into the Anthropocene Epoch. The new label reflects the dominance of humans on the planet, causing mass extinction and climate change and altering the Earth more than all natural processes combined.

Mary is a renowned Anishinaabe musician who comes home to Atikameksheng Anishnawbek First Nation in northern Ontario, exhausted by many years on the road touring internationally with her band. She returns to the land to restore herself, but her past success makes her a commodity to some, and it can be tricky to hide from the demands of the outside world.

The Fireflies Are Gone

It is near the end of high school, and a teenage girl named Léo dreams of escape. She feels stuck in her small-town, industrial Québécois life. She meets an older metalhead named Steve and must decided how to express her desire for something more. The film won the Canada Goose Award for Best Canadian Feature Film at TIFF 2018.

You Are Here: A Come From Away Story

This is a documentary about the 38 planes that landed at the Gander Airport after 9/11. With no warning and with no time to prepare, a city of only 9,000 residents played host to more than 6,500 frightened, exhausted, and hungry passengers who “came from away” around the world. The story inspired a hit musical, but this documentary tells the real story about the Newfoundlanders and passengers involved.

This comedy-drama-romance tells the story of Matt, an academic prone to crippling bouts of self-doubt and ennui. He has just spotted his wife Lori’s car parked at an infamous Vancouver motel on the Kingsway, a strip well known for prostitution and extramarital assignations. As Matt descends into depression, those around him are forced to confront the lack of romance in their lives. The film is a product of B.C. based director Bruce Sweeney.

The festival runs from March 1 – 3 and single tickets are only $8 and the full festival pass is $48.

All of the films will be shown at the Prince George Playhouse and show times can be found on the film festival’s Facebook page.