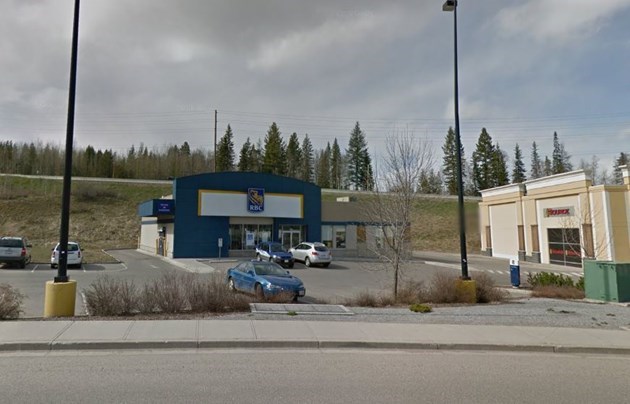 The proposed location of the B.C Cannabis store, which used to be a Royal Bank. (via Google maps)

Well, it’s official, Prince George will be getting its first-ever B.C. Cannabis Store.

The City of Prince George gave the all-clear for the store to open its doors at the Feb. 25 regular council meeting.

Council approved final reading and adoption of a rezoning bylaw that will allow for a B.C. Cannabis store to open up in College Heights near Walmart.

The Liquor and Cannabis Regulation Branch (LCRB) had applied to rezone 6565 Southridge Ave, which used to be a Royal Bank of Canada location, to add “retail Cannabis” as a principle use.

The rezoning bylaw sailed through the public hearing process, with only one person speaking out in opposition against the location and support voiced from city councillors.

Now that it’s been officially adopted, B.C. Cannabis can get to work on opening up the first cannabis store in B.C.’s northern capital.

The LCRB has also applied to rezone a space in the old Sears location in Pine Centre Mall (3055 Massey Drive), which was also the subject of a public hearing at the Feb. 25 council meeting.

Council has just approved the final reading and adoption of the rezoning amendment bylaw for 6565 Southridge Ave. which will now allow a B.C. Cannabis Store to open in College Heights. #CityofPG pic.twitter.com/vISluDDgmq

Prince George could be getting its first government cannabis store
Jan 17, 2019 6:35 AM