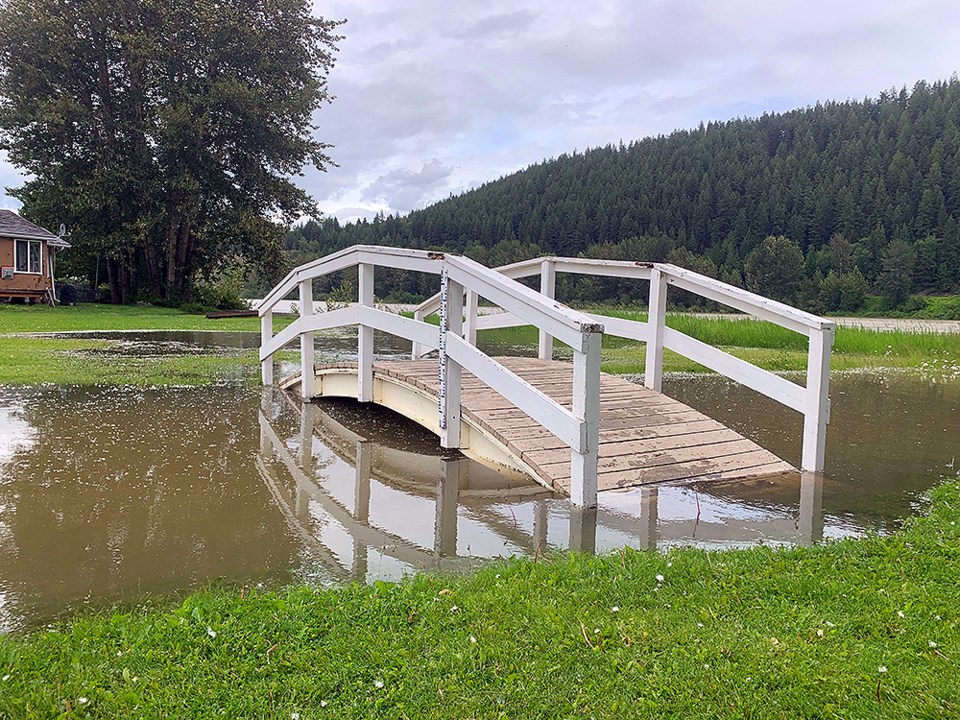 Prince George says it'll be continuing to watch the Fraser River this weekend due to rising water levels.

Crews from the city and Fire Rescue Services will work weekend daily shifts to monitor the Fraser River, which, according to the BC River Forecast Centre, have levelled off at about 9.3 metres yesterday afternoon (June 26).

Levels are forecast to drop throughout the weekend and into next week.

The city says, as a precautionary measure, it's informed the government of B.C. of its now activated Emergency Operations Centre.

No emergency alerts or orders have been issued yet.

The province has listed the area as under an official flood watch.

Earlier this week, the city noted Farrell Street was of main concern which prompted them to make sand and sandbags available to residents of the area. They are positioned at the north end of the street.

A large section of Paddlewheel Park is still underwater. The park along with Hazelton Park, Cottonwood Island Park and the Heritage River Trail from the Cameron Street Bridge to Taylor Drive was also closed earlier this week.

The city says signs are on-site to notify the public.