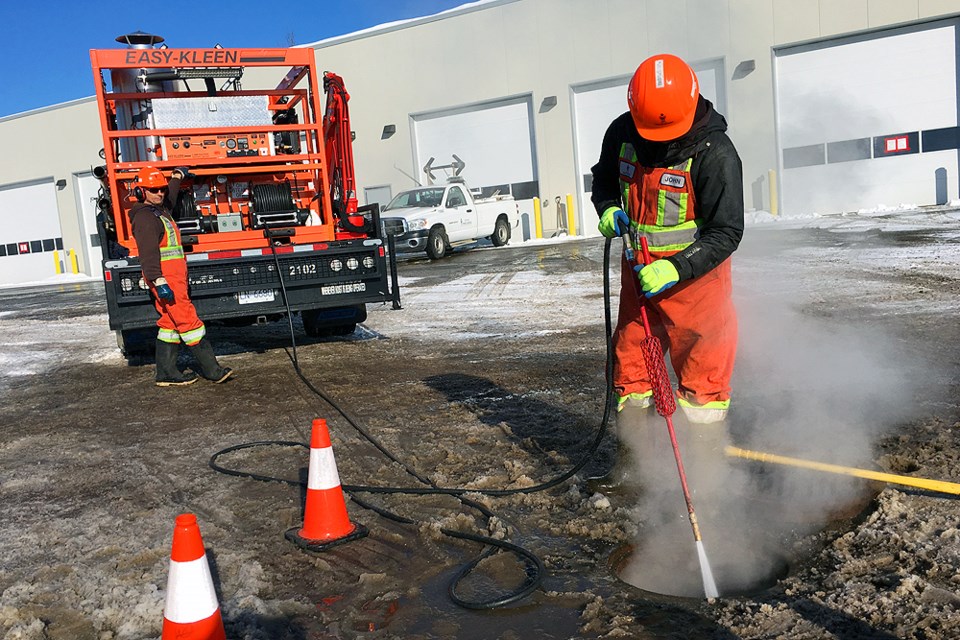 We're about to do a 360 when it comes to the weather in Prince George.

After frigid temperatures and snow (lots of it), the forecast is calling for highs of 5 C this weekend.

The city says their utilities division has crews ready to make sure the more than 5,500 storm drains remain as clog-free as possible to prevent traffic issues and localized flooding.

The crews will monitor multiple areas throughout Prince George to catch drainage issues so they can be addressed before they get worse.

The City of Prince George uses many methods including GPS mapping and metal detectors to find drains and steel grades that can be buried under ice and snow.

Crews may also use vacuum trucks to remove water from any puddles and expose drains, so they can melt ice with hot water stream units which will allow water to drain freely.

Excavators, backhoes, loaders and graders may also be used to remove snow and ice that could prevent water from draining as expected.

The city is reminding residents they can help by ensuring debris such as leaves, plastic and paper are not covering any nearby storm drains.

Prince George hit by 5 cm of snow, but city says too soon to plow
Dec 14, 2018 1:40 PM
Comments
We welcome your feedback and encourage you to share your thoughts. We ask that you be respectful of others and their points of view, refrain from personal attacks and stay on topic. To learn about our commenting policies and how we moderate, please read our Community Guidelines.