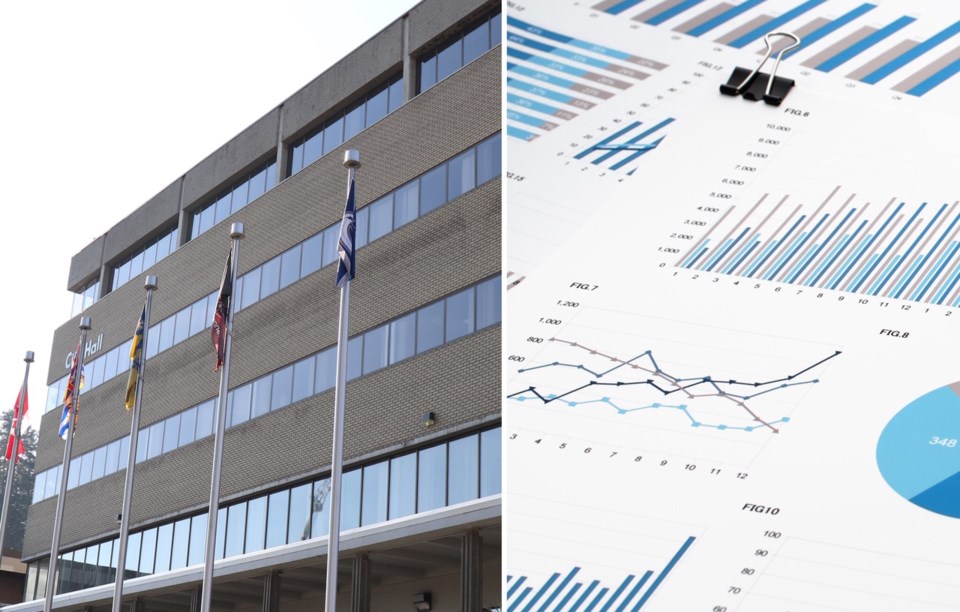 Questions about debt have been surfacing a lot lately.

That might be because the City of Prince George is currently in the process of gaining approval to borrow $32.17 million dollars, which would finance numerous capital projects.

To provide some clarity as to what this will actually look like, the city's finance manager Kris Dalio prepared a special report, which he presented at the March 11 city council meeting. 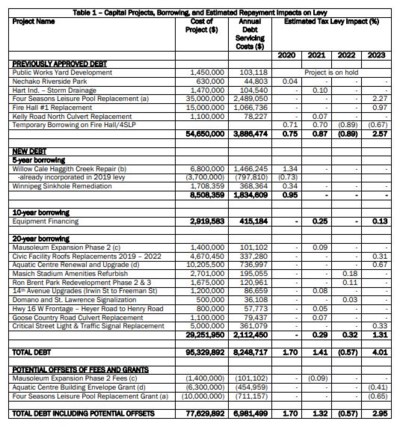 (via City of Prince George)
The report was designed to give council and the public more information about the tax years in which these projected repayments will likely impact the tax levy and potential cost reductions from user fees and grants.

“The City’s infrastructure needs are greater than its capacity to fund on a 'pay as you go' basis and debt borrowing through the Municipal Finance Authority (MFA) is the most viable option,” reads the report. “The projects for which MFA Financing has been proposed were identified as high priority projects. MFA has an AAA-credit rating that enables the City to borrow at the lowest interest rates in the market.”

Dalio also noted that the city is currently at less than 50 per cent of its authorized borrowing capacity.

The report identified some of the projects funded through debt which may be offset by grant funding (keep in mind the outcomes of grant applications are not yet known) or user fees which include:

Four Seasons Leisure Pool Replacement Grant: The city has submitted an application for the BC Canada Infrastructure Program in the amount of $10 million.

Mausoleum Expansion: The sale of new niches projects annual revenue to be $136,000, if this is achieved the city says there should be no net impact on future tax levies as the full cost of the project will be recovered.

Aquatic Centre:  The upgrade to the pool’s walls and roof is estimated at $8,580,00 but the city will apply for a $6,300,00 grant from the Clean B.C. Communities Fund. If successful the city says this grant has the potential to reduce the tax levy impact of the borrowing.

Another project that came up for discussion regarding this report was the Willow Cale Bridge Replacement Cost.

The project was originally funded at $3.7 million but now will cost $6.8 million. The report says that “When calculating the 2020 impact, it is only necessary to estimate the debt servicing costs on the remaining $3,100,000.”

However, the financial impact of the bridge stirred up a few comments from councillors throughout the meeting.

“I’m concerned about this and wish we would have been able to have a discussion at the time about the additional money,” said Coun. Brian Skakun referencing the budget meetings. “I think that’s a lot of money and I’ve had the ability to talk with people in the community and if I get feedback that people think the debt it too high then I’m going to vote accordingly.”

Those who wish to opposed borrowing money for certain projects can do so through the Alternative Approval Process.

Hundreds of residents have joined a Facebook group in order to defeat projects through this process.

The city says the Alternative Approval Process, in which residents submit elector response forms that state their opposition to projects, won’t begin until the B.C. Inspector of Municipalities approves the process.

That’s supposed to happen on April 18, so until that date, no one can hand in their response forms.

After April 18 the city will be able to accept hand-signed elector response forms at City Hall until the process ends on May 30.

The city has created a special AAP webpage, where it will be posting updated information on the process, so you can check back to find more information closer to April 18.

Carrier Sekani Tribal Council, Lheidli T'enneh First Nation holding upcoming elections
Mar 12, 2019 1:36 PM
Comments
We welcome your feedback and encourage you to share your thoughts on this story. We ask that you be respectful of others and their points of view, refrain from personal attacks and stay on topic. To learn about our commenting policies and how we moderate, please read our Community Guidelines.