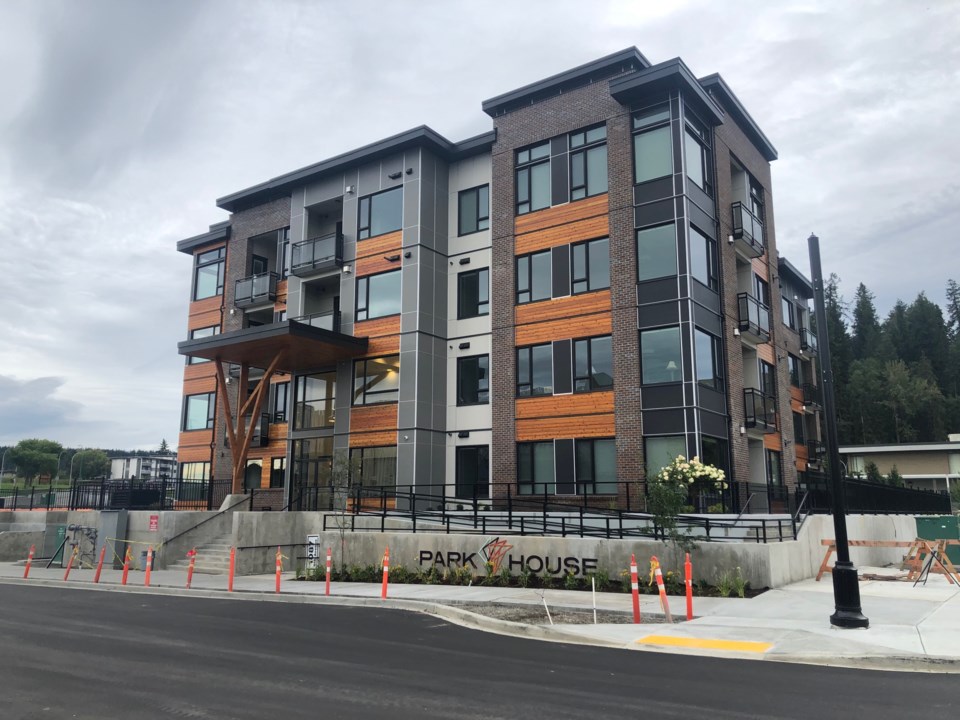 The George Street Parkade is also the foundation for the Park House Condos. / Hanna Petersen, PrinceGeorgeMatters

Mayor Lyn Hall has released a statement regarding the George Street Parkade, as the City of Prince George begins a full legal investigation into the cost overruns of the project.

The project has outraged both members of council and the general public as costs jumped from an original budgeted $12.6 million in 2018 to $22.46 million for the parkade itself and $34.16 million including associated city utility upgrades.

Other steps the city is taking include an internal and external auditor to review future capital projects, a legal review of current revised delegated authority, and developing a new whistleblower policy to ensure all city employees and elected officials can confidentially bring concerns forward.

The timeline of events, potential abuse of the city manager’s delegated authority, and whether or not senior staff intentionally withheld information from council regarding the true cost of the parkade has prompted council to seek legal advice and make a number of procedural changes.

“We certainly understand the people of Prince George are extremely concerned and angry with what’s happened. You have every right to be,” says Mayor Lyn Hall in a statement to the media.

The following statement has been issued by Mayor Lyn Hall regarding the downtown parkade project:https://t.co/Ja9dXEW2IV

“We understand people want someone to blame. It would be easy to point fingers without having all of the information. We’re not going to do that. We are committed, however, to understanding all the facts around what went wrong on this project, and ensuring that accountability is based on facts and evidence.”

This is the first time he’s spoken publicly since the Prince George Citizen revealed he was informed about the cost overruns in 2018.

In a Jan. 18 report the Prince George Citizen revealed through an Freedom of Information (FOI) request, the Mayor and director of finance Kris Dalio were forwarded an email between the developer A & T Project Development Inc. and general manager of planning Ian Wells, warning of project cost overruns.

Mayor Hall says he was, however, not sent the updated budget for the project showing the estimated cost breakdown at $19.98 million which was sent by the developer to Wells and the city manager of development services Deanna Wasnik.

Hall says mistakes were made throughout the project and the city is doing a thorough examination of how this situation happened and is determined to find the answers for the citizens of Prince George.

“It’s obvious that there were serious and unacceptable shortcomings in project structure and processes, oversight and information sharing on the parkade project. Bottom line: risk was not managed adequately,” said Hall.

Hall added any disciplinary actions towards senior staff are premature until all of the facts are known.

“That is […] the work we are going to go through to determine where those shortfalls landed and why information wasn’t passed along.”

In order to prevent a similar situation in the future, council has already reduced the City Manager’s delegated authority to amend project budgets to five per cent of the project budget, up to a maximum of $100,000 per project.

The previous delegated authority was set at five per cent of the total capital budget in a calendar year, which effectively meant high-cost overruns could be approved without city council’s approval.

Not only is the city seeking a legal review of its current delegated authority guidelines, but council will also review budget amendments that have been approved under that authority once every three months.

In addition, admin staff will recommend that council approve conducting an external review of the City’s capital project management processes and develop a new project management framework to provide consistency in how projects are delivered.

Hall says they are committed to sharing the results of all of these actions with the residents of Prince George and are expected within the next 30 to 34 days.