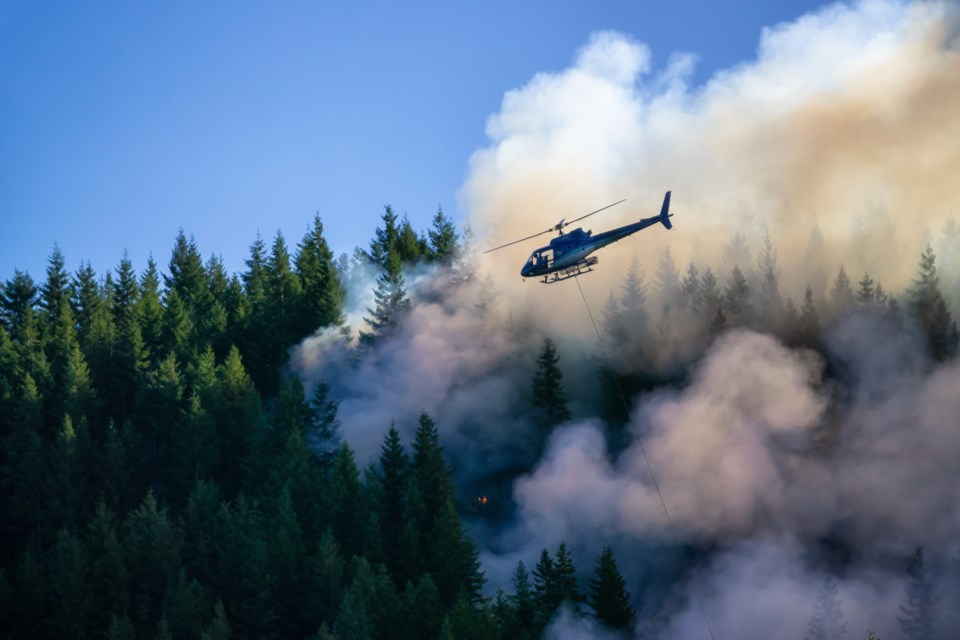 Prince George is gearing up for another wildfire season.

As warmer weather approaches, the City of Prince George is going to provide an update on the City’s Emergency Strategic Plan.

The northern capital is currently in year one of a five-year strategic plan aimed at improving the city’s readiness for all foreseeable emergencies.

Mayor and Council will discuss the progress on the plan at Monday's (April 29) city council meeting. 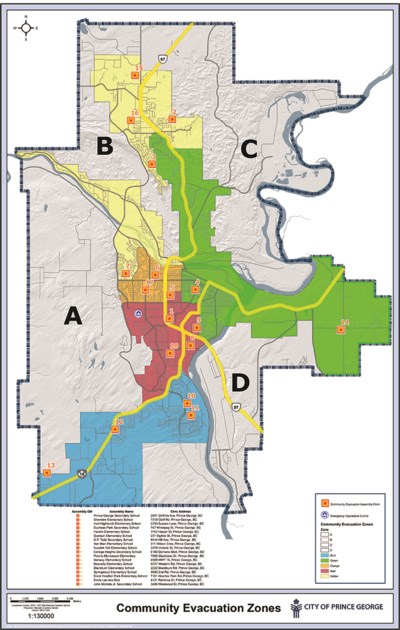 Efforts so far include a city evacuation map, public open houses regarding the wildfire plan, and emergency planning and training exercises.

An evacuation map of the city is included in the report, to be discussed at next week’s council meeting.

The map will help emergency officials communicate with residents should a local evacuation order or alert be issued, which is based largely upon current city garbage collection because residents are already familiar with the map’s coloured zones.

As well as the zones, the map indicates the location of the city’s reception centre for evacuees at Exhibition Park, as well as 18 schools, which will serve as community evacuation assembly points.

The city says its worked closely with SD57 to pick the locations of the community evacuation assembly points, which were selected based on their centrality and traffic flow in each evacuation zone.

The map can be viewed online now, and will be mailed out to all residents next year as it will be combined with the city’s garbage pickup map in the future.

To answer the public’s questions about the Emergency Program and Community Wildfire Protection Plan city will be hosting a public open house on May 15, which will be held at the Civic Centre.

For the last few weeks, the city has been hosting a series of training exercises to train staff, external agencies and emergency personnel to refine the evacuation plan.

The final exercise will be a “rehearsal of concept drill” held at Kin 1 on May 17.

Following the exercise series, city staff will provide council with a final report about the lessons learned during the events and update the official evacuation plan.

In the near future, several other steps will be taken to improve the City’s emergency readiness, including:

The next city council meeting, where this plan will be discussed, takes place at City Hall Monday night.

If you can’t attend the 6 p.m. council meeting, you can livestream it from the comfort of your own home, and if you’re too busy to watch it, you can come back and check it out later.

The city archives all livestreams.