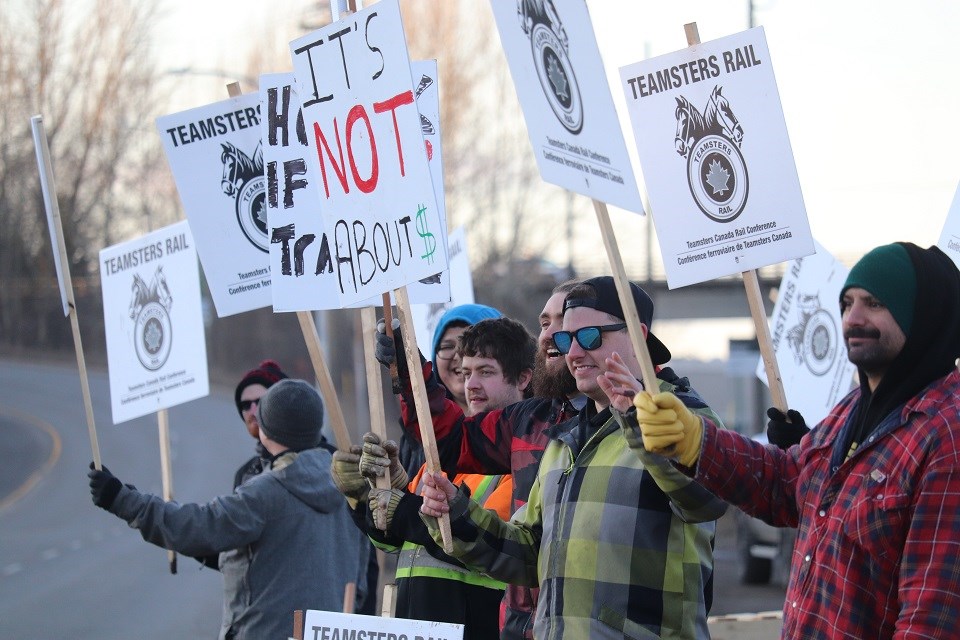 You won't be seeing or hearing much action when it comes to CN Rail operations in Prince George or across the country.

CN workers officially began striking at midnight after a deal was not reached between the union (Teamsters Canada) and CN.

More than 3,200 workers are now on picket lines with a total of 109 CN jobs impacted in Prince George.

"Prescriptions," Sinclair said. "Right now, the company wants a cap on lifetime prescriptions, orthodontics and things of that nature."

"With a company that's reporting profits of $3.8 billion a quarter, we think we deserve a little more."

This is now the second active strike in the city, with UNBCFA also going on strike back on Nov. 7.

Sinclair says they've received a large amount of support from the community already.

"It's great," he said. "The community support, the honking and my neighbours coming over and showing support, it's been really good."

Right now, workers are doing four-hour shifts on picket lines with the strike in full effect 24/7.

"Until things change, we'll see how it goes," Sinclair added. "We were here all night last night."

Workers have been without a contract since July 23 and officially issued a 72-hour strike notice on Saturday (Nov. 16).

In the event we are unable to reach a negotiated settlement, over 3,000 conductors, trainpersons and yard workers will exercise their legal right to #strike on Tuesday, November 19 at 0:01 a.m. ET...@CNRailway #CN #cdnpoli #cdnecon #canlab #Canadahttps://t.co/fQYhaEcTF1